Aussies set to invade Edinburgh Fringe, surf’s up for the Beach Boys and Oz without the cringe

MUSIC FROM THE MOTHERLAND | The Australian bill for Edinburgh Fringe is taking shape while back home The Beach Boys are set to ride a wave of nostalgia and an unknown Tassie singer takes us to the world. 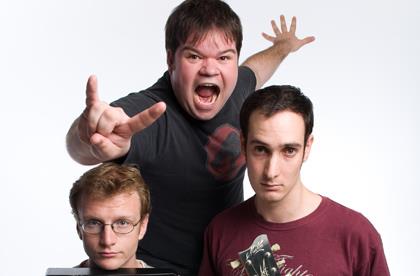 If you’re planning on heading up to the Edinburgh Fringe Festival this year make sure you save some of your schedule to catch the multitude of Australian acts making the trip.

The Fringe Festival, which runs from 3 – 27 August this year, is the largest arts festival in the world. Last year saw 2,500 shows put on in over 255 venues plus plenty more on the street. Comedy, theatre, music and cabaret are all on the bill for the anything goes festival. It has launched many successful careers for Australian artists and is seen as requisite for emerging artists and one hell of a party for established ones.

For 2012 some of the people heading over include Paul Kelly, Denise Scott, Axis of Awesome and Sam Simmons. As well as these well known names over 30 individual artists and group acts from Oz will hit the streets for what is the best time of year to be in Edinburgh.

The Beach Boys have been in the business for half a century. Working that long usually gets you a pension and gold watch but they are back together with their global tour breaking on Australia’s shores in August.

There’s been plenty of highs and lows for the original surfer rock brothers from California with breakups, financial disputes and the well documented drug and alcohol problems of lead man Brian Wilson which prevented him touring and recording for many years.

This tour is especially significant as all surviving members of the band will be on stage for the first time in 20 years. Fans of the group will be able to enjoy all the classics as well as the new material from That’s Why God Made Radio, their 29th studio album, released earlier in 2012.

The Beach Boys head to Europe soon after, playing Wembley Arena on 28 September. Just don’t expect them to be jumping all over the stage; most of them have already enjoyed their 70th birthday.

Ah, good old Tourism Australia. Charged with promoting Oz abroad they’ve given us some classic’s like Paul Hogan and his “Throw another shrimp on the barbie” and some clangers such as Lara Bingle’s “Where the bloody hell are ya?”

So we can be forgiven if we get a bit nervous when we hear they’ve got a new ad promoting the beauty of Australia, crossing our fingers that it doesn’t exploit a stereotype too egregiously.

Luckily for us they’ve decided to let some Australian music do the talking this time. Little known Tassie artist Dewayne Everettsmith’s song ‘It’s Like Love’ accompanies three minutes of footage spanning across the best of Australia’s landscapes.

The video is part of the ongoing ‘There’s Nothing Like Australia’ campaign. They seem to have picked a winner this time, although they couldn’t resist the tame kangaroo eating out of the hands, because we all know that’s what every kangaroo is like; right skip?