REVIEW | Watching Peter Knight and Dung Nguyen’s Way Out West Sextet at the Pizza Express Club in Soho and it is clear that this Aussie group are taking International jazz to the next plateau. 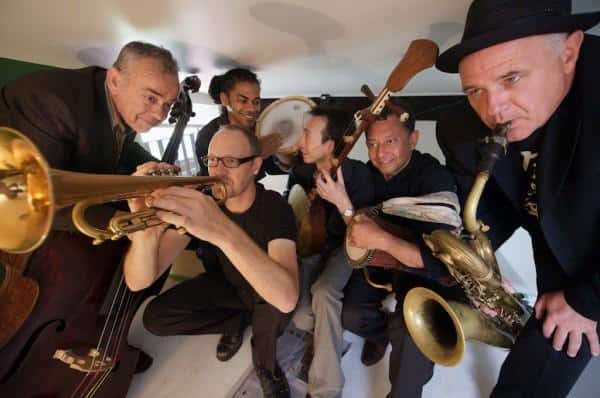 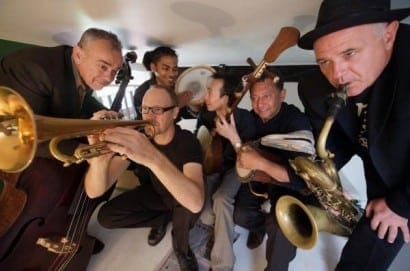 ONE thing that makes London great is its cultural diversity.  A melting pot of ethnicities, the city embraces art from around the world and what better way to celebrate this global trend than through the medium of jazz?

By its very nature jazz is universal, from its earliest roots as African rhythms fused with Classical harmonies to performers such as Dizzy Gillespie adding Cuban inflections to their compositions, the music has always aspired to traverse nations and transcend boundaries.

Swagger in Peter Knight and Dung Nguyen’s Way Out West Sextet at the Pizza Express Club in Soho and it is clear that this group are taking International jazz to the next plateau.  On show are instruments from the four corners of the planet.  Congas, talking drums and a djembe sit next to a conventional drum kit and horn section.  The usually centrepiece Steinway piano however, remains almost symbolically covered and placed upon it is an array of South-East Asian string instruments.  Trying to encapsulate multiple sonorities can often be problematic but this ambitious Aussie outfit carries it off with sensational results.

The African and Latin percussion added a primal edge to the proceedings, juxtaposed at times with the calming and meditative quality of the sixteen string Vietnamese zither.  Bent notes and pentatonic scales were utilized well to produce an exotic timbre whilst blues and more conventional formats were not ignored — at one stage the group arrived at a straight-ahead frantic bebop.  The saxophonist Paul Williamson stole the show with his virtuosic solos and unbelievably accomplished wailing in the highest of registers.  His use of the blues was both restrained yet elegant, not surprising, given his background of playing on tours with rock bands such as Dire Straits.  The percussionist took on extensive solos that emulated the cacophony of Latin jazz and the performers took to devices such as trading eights to keep things spiced up.  This was entertaining material – not the stereotyped introverted and inaccessible jazz.

Do not be fooled, this performance was not as easy as it looked, the music was regimental in its composition and front man and trumpeter Knight appeared to be the driving force behind keeping the ship steady.  The arrangements were complex and purposeful in evoking particular memories and places and one tune was even named after a kebab shop in Footscray, Melbourne.  The band may be from the other side of the world but they must have felt at home when it became clear that a large proportion of the crowd hailed from Melbourne and Footscray itself.  Australians are clearly spreading the word about this group and rightly so.

Now, just how do you evoke that picture of greasy fast-food lining the stomach after a bender at three in the morning, in jazz? I think you should find out by going along to the Way Out West Sextet’s next gig as soon as you can — a night not to be missed.