Last Thursday night the Lyric Theatre in Hammersmith played host to a wealth of Australian and New Zealand literary talent at a special Literary BBQ event. 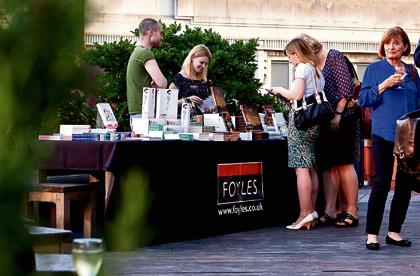 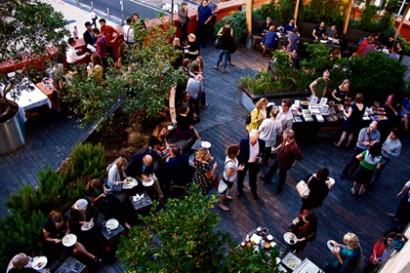 LAST Thursday night the Lyric Theatre in Hammersmith played host to a wealth of Australian and New Zealand literary talent at a special Literary BBQ event.

A showcase event for next year’s Australian and New Zealand Festival of Literature and Arts to be held in London, the Literary BBQ was a fantastic mix of established and emerging talent, short film, music and of course, delicious BBQ food.

Hosted under the last rays of the summer sun on the roof gardens of the Lyric, the event was held to offer both the booktrade and members of the public a taste of what’s to come next May.

Festival Director Jon Slack said the Literary BBQ hinted at the richness of content to be expected at next year’s Festival.

“The expat community was out in force but there was a fantastically positive response from our British friends and colleagues as well, which plays nicely into our goal of creating a ‘global festival’ presenting Australian and New Zealand stories on a British stage,” said Mr Slack.

“We couldn’t have asked for more perfect conditions – nor writers and performers – for our opening event.”

Proceedings were opened with a powerful performance of songs and the Haka from Londonâ€‹-based group Ngâ€‹â€‹Äti RÄnanaâ€‹â€‹â€‹. Kathy Lette, dressed in patriotic star-spangled glamour, welcomed gathered guests in her unique style. 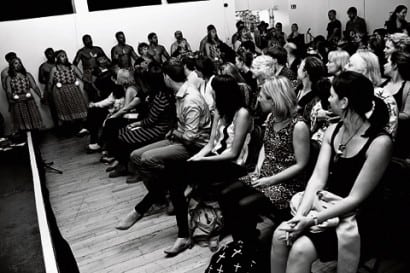 Many in the UK still presumed an Australian’s main topic of conversation revolves around how long we’ve got to go on our parole, and that our opening conversational gambit is to crush a beer can on our foreheads, she told the audience.

“In reality, the opposite is true. Australians read more books per head of population and attend more cultural events than any other nation on earth.

“This literary festival will give us an opportunity to showcase our remarkable, original, quirky and bloody brilliant literary and creative talents.”

Hosted by Stella Duffy, the event featured an evening of readings and conversation with an impressive line-up of literary talent. 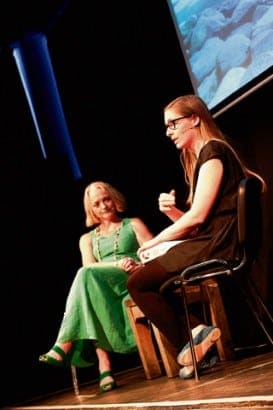 In attendance were members of the Antipodean expat community, representatives from the Australian and New Zealand High Commission and Australian state offices, and UK-based heads from several key Antipodean organisations, with members spanning the business and cultural sectors.

The Australian and New Zealand Festival of Literature and Arts is set to be officially launched on 25 November, with the Australian High Commissioner Mike Rann announcing the headline acts.

If the Literary BBQ is any indication, the Festival is set to be an amazing showcase of Antipodean talent which will impress both expat attendees and UK audiences.