Alison Jiear performs ‘Under the Influence’ at St James Theatre

Part of St James Studio Cabaret Weekends, Australian born Alison Jiear performs her one woman show Under the Influence, featuring jazz and opera classics with a twist, at St James Theatre in March.

UK BASED Australian singer, actress and session artist Alison Jiear is bringing her one woman show, Under the Influence, to St James Theatre this March. She will be performing music from the artists who have influenced her and her career. Alison will put her own jazz and opera twist on songs from great artists such as Ella Fitzgerald, Dusty Springfield, Burt Bacharach and Joni Mitchell.

Alison has had a broad and accomplished career since coming to London with her Australian girl group The Fabulous Singlettes in 1987. She has performed musicals at the West-End, as well back in Australia, and has also performed roles on TV. On top of this her music career has been illustrious, performing as both lone vocalist on TV shows and concerts, as well as backing singer and session musician. She has worked on albums for Will Young, Robbie Williams and Kylie Minogue.

If you’re a fan of cabaret and jazz, or are well versed with Alison’s talents, her shows are not to be missed. You can catch her at St James Theatre on the 2nd and 3rd of March with tickets available from £12.50-£25.00.

Alison’s performances will be supported by Dave Arch on piano, Adam Goldsmith playing guitar, Steve Pearce on bass and Ralph Salmins on drums.

Tickets are on sale now through St James Theatre. 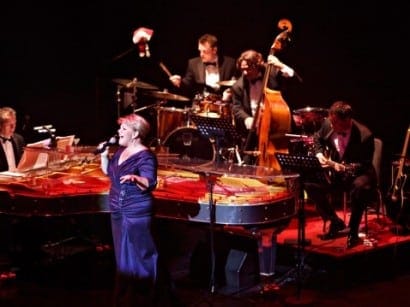