A little slice of Aussie cinema in London

It is time! The Aussie cinematic event of the year - FilmFest Australia — is here and the team behind the former London Australian Film Festival are ultra-excited to be bringing two unmissable weekends of Australian cinema to the capital. 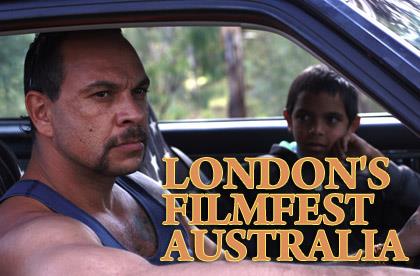 AUSTRALIA’S prolific film industry continues to provide a wealth of strong feature films year after year, exploring all aspects of Australian life, and FilmFest Australia 2012 is no different.

2012 marks the 18th year of London’s celebration of the latest Australian cinema. Already established as a highlight of the capital city’s film calendar, the festival attracts Australian film fans hungry for the best new feature releases, documentaries, children’s favourites, animation and short films shipped up from Down Under.

“FilmFest Australia is proud to promote great Australian cinema to UK audiences and keen to support the next generation of outstanding filmmakers from this most successful and creative industry,” a FilmFest spokesperson told Australian Times.

Festival highlights for 2012 include Hollywood heartthrob Ryan Kwanten in the FilmFest opener Not Suitable for Children.  Also on show is the slick romantic comedy from Rob Sitch – Any Questions for Ben?. Fred Schepisi returns to the director’s chair for the multi award-winning drama, The Eye of the Storm starring Australian acting royalty Geoffrey Rush and Judy Davis. And in the traditional ‘Dark Side of Down Under’ slot, there is the sexy noir thriller Swerve from Craig Lahiff.

Also on show will be former Boyzone star and Irish crooner — Ronan Keating —in Goddess; and the man behind Priscilla – Stephan Elliott – leading a riotous yet distinctly masculine stag-do comedy A Few Best Men. Sam Neill, Willem Dafoe and Frances O’Connor team up for the Tassie Tiger thriller The Hunter; and Toomelah is a moving portrait of life in a remote indigenous community.

For all screening and ticket information, head to FilmfestAustralia.org.uk

Australia doesn’t yet export renewable energy. But the writing is on the wall: demand for Australia’s fossil fuel exports is...

Location based marketing is making waves in the FinTech industry providing personalised experiences between brands and users.

Police believe the cannabis seizure on the NSW Mid North Coast may be the largest in Australia since the 1970s....

There is a hierarchy of accents in Britain which has changed little over the years. The accents of Britain’s highest...