Where has all the talent gone? 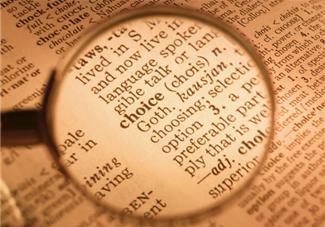 On 13 March 2013, the Qantas Australian Woman of the Year in the UK Award celebrated the achievements of Australian women in the UK.  The judging panel were hard-pressed to choose a winner as the 28 nominees were exemplary.  The conference room in the ME Hotel on The Strand, was awash with a pool of talent.  Yet there has been talk in some circles that even in this economic climate, there is not enough talent to fill available roles. When it comes to finding the best people for the job, many organisations struggle to find the right people and many people are finding it difficult to find the right job.

Choice is a valuable commodity.  We choose our careers, our partners, our homes and our coffee.  Most Generation X’ers will remember the scene from LA story, when Steve Martin’s character, Harris, orders a half double decaffeinated half-caf with a twist of lemon.  The absurdity of that coffee scene illustrates just how much choice we have today.  And when times are good, our choices seem abundant.  However many businesses still claim there is a lack of choice regarding talent for particular roles, leading to a talent paradox: a mismatch between available talent and available roles.  Is this a symptom of not enough employable people or is the talent not making themselves known?

It makes economic sense to widen the talent pool from which employers seek talent. Some employers need to address their entry requirements and talent management strategies when it comes to women.  In Australia, the 2009 report Australia’s Hidden Resource: The Economic Case For Increasing Female Participation (Goldman Sachs and JB Were) states that we need “policies aimed at directing women joining the workforce into more productive sectors of the economy and retaining women in the workforce for longer would narrow or even eliminate the productivity gender gap”.

Qantas, as well as supporting the Awards, is a leader in tapping into female talent.  Alison Webster, Executive International Customer Experience, states 52% of the Qantas graduate intake in 2013 are women and 31% of its Board of Directors are women.  This makes economic sense. The Goldman Sachs and JW Were report found that closing the gap between male and female employment rates would boost the level of Australian GDP by 11 per cent.  A recent McKinsey review of 100 companies against the Organisational Health Index found that companies with three or more women in top positions (on the executive committee or board) scored higher than their peers.

There are other untapped talent pools available, too.  For example, in the UK, the Office for Disability Issues found in a 2012 Labour Force Survey, that 46.3 per cent of working-age disabled people are in employment compared to 76.4 per cent of working-age non-disabled people — that is an untapped talent pool of 2 million people.  Some employers are already tapping into the talent.  A recent article in the Guardian indicates that City Law firms and banks are seeing the benefits of hiring people with autism.

So what choice does the working population have?  The best choice to make is to put yourself out there.  Whether by applying for roles that interest you, up skilling or developing a reputation as an expert, it is important to put yourself in the running.  This does not mean being the centre of attention or making a scene.  Rather, making the right connections with the right people in both formal and informal settings to increase your odds of getting your foot in the door.

Gail Gibson of True Expressions says “since I set up my business in 2005, face to face networking has been my  number one marketing tool of choice to connect, explore opportunities, collaborate and ultimately, do business with others”.

Whether missed opportunities are due to demand or supply issues, may be a chicken and egg dilemma.  However it is true to say that both employers and employees have a choice as to how they make their interests known and where they look for what they seek.  Talent is out there.  One party must seek and the other must make itself available.