The importance of diversity in the workplace

ASTUTE AUSSIE IN LONDON | 8 March is International Women's Day - a global day of recognition and celebration of women. However, there is still more to be done to encourage gender diversity in management and senior business positions in order to gain from the benefits of a diversified workplace. 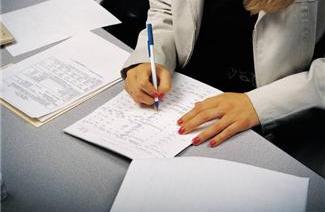 THE STATUS of women in many societies has significantly changed over the last century.  Relative to the 1900s, more women are entering the boardroom, there is greater equality in legal rights, and an increased female presence in all aspects of society.  However, many women around the world continue to face varying degrees of discrimination and difficulty.  In developed nations, women are still subject to inequality in terms of pay, representation in business and politics, education and health.  For example, the OECD reports that women in rich nations still earn, on average, 18 percent less than men.

In the early 1900’s, a somewhat radical idea developed — that women deserve equality.  As more and more women found their voice, a debate roared about gender equality and the role of women in society.  Women in America actively campaigned for changes such as shorter working hours, better pay and voting rights.  In 1909 the first National Woman’s Day was observed across the United States on 28 February.  Today, International Women’s Day is celebrated on 8 March — a global day of recognition and celebration.  Throughout the world, events are held to honour women’s advancements and continual shift towards equality.  Through equal access to education, for example, many women have become empowered to make their own choices. We celebrate the successes and achievements of women who have moved into boardrooms, led countries, and continue to speak out against inequality.

In professional life, women are making some strides.  In the UK, for example, women currently make up approximately one third of management.  However, despite equal access to education and skills, a wage gap between women and men remains.  In her 2011 Gender Equity Summit speech, Elizabeth Broderick, Australia’s Federal Sex Discrimination Commissioner, stated that among the key management personnel in ASX 200 companies, the pay gap is 28.3% – more than 10% higher than the current national average pay gap.   In the UK, the wage gap is approximately 15%.

Female representation in society is only creeping towards the ideal.  According to a briefing prepared by Parliament, in the UK, women make up 51% of the UK economy, yet make up only 22% of MPs; 22% of judges and 31% of local councillors.  The Women’s Enterprise Policy Group (2011) found that while 15% of businesses are owned by women they are still largely underrepresented in today’s business forums.  By 2015, FTSE 100 companies are aiming to have women represent 25% of their boards.  The EU is currently proposing rules that will force larger listed companies to have women represent 40% of their non-executive directors, with harsh penalties for breach.

As more women enter business and public life, these changes affect the dynamics of the work environment.  Traditionally male-dominated roles are injected with the skills and influence of a more diverse workforce.

So what are some of the benefits of a workplace having more, qualified women around?

Greater talent pool — in having more skilled labour available, organisations are able to benefit from high quality individuals who are a better fit.

Stops group think — groupthink occurs when the desire for group consensus overrides an individual’s desire to present alternatives, critique a position, or express an unpopular opinion.  Greater diversity in experience and opinion can provide greater choice and an increased probability of success.

Equality and a fair go for all is certainly the Australian way. Yet there is still a way to go when it comes to gender equality.  As our understanding and appreciation of the importance of diversity increases, we move slowly towards the ideal of equality between women and men.  Together, we are more than the sum of the parts.  The bottom line is that both women and men need to work together for the greater good of us all.