Aussie expats are being left behind on the property ladder

THE HARD NOSED TRUTH | More than one million Australians are living and working overseas yet it is believed that many of this diaspora have not made any real provisions for their return home.

by Viv
in Expat Life 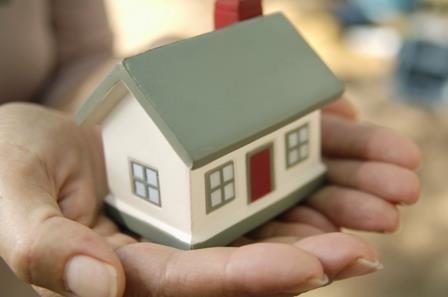 AUSTRALIAN expats are being left behind on the property ladder.  Are you one of them?

According to the Bureau of Statistics more than one million Australians are living and working overseas. A significant number of this diaspora have not made any provisions for their return. Or in other words, they do not own property in Australia, and the longer they leave it, the more difficult it may become to get on the property ladder when they return home.

Ken Regan from Australian Homebuyers International says that he believes 9 out of 10 Australian expats in certain countries do not own property back home.

“Expats are going backwards financially if they don’t own Australian property. I have met literally hundreds of Australian expats earning good money offshore, living the exciting expat lifestyle and completely neglecting any planning at all for their eventual return to Australia.”

Mr Regan, talking to me from his London office in Canary Wharf, previously established offices in Iran, Singapore and Dubai, where many of his clients have been foreign investors rather than Australian expats.

“I’ve met many an Aussie expat who is on a tremendous income offshore and when they return home they cannot get back into the property market.  They save up perhaps $200,000 or $300,000, thinking they are doing well, and then they realise that the home of their dreams has in some cases more than doubled or even tripled and they can’t afford to buy it.

“As a consequence, they must significantly reduce their aspirations and some are forced into long term rental. I recall a couple in Dubai literally crying in my office because they basically could not afford to go home. When the financial crisis hit Dubai many thousands of Australians lost their jobs and had to go home, only to find they had missed out on the housing ladder.”

Migrants and returning Aussie expats say the unchecked rise in real estate prices over the past decade is a major barrier blocking their entry to the local housing market.  And the trend – exacerbated by the rising Australian dollar – may force skilled migrants to think twice before moving Down Under, an analyst said.

Daniel returned to Sydney from a five-year stint in London. Now he says that he and his wife, “don’t intend to go anywhere near the Australian property market,” despite having saved more than $200,000 for a deposit on a home.

“The price of property and living costs is more expensive here than most places we have travelled,” he said, declining to give his full name.

Spiralling home prices are spurred in part by a shortage of available stock and a growing population in most capital cities.

“Australians that are looking to get their foot on the property ladder should act now,” Ken Regan warned. “Despite the strong dollar and high interest rates, this is still the optimum time to buy.”

This view is backed by the Real Estate Institute of Australia (REIA) which, according to new data, says the nation’s housing affordability crisis appears to have eased.

The REIA Deposit Power Housing Affordability Report for the March 2011 quarter revealed a minor improvement of 1.1 percentage points in the level of housing affordability. New South Wales remained the least affordable state or territory in which to own a home, with the proportion of income required to meet loan repayments falling to 37.2 per cent, however it still remains 3 percentage points above the national average.

“Buyers have been spoiled for choice in recent months,” said Mr Regan, “however, the market should rebound to a more even keel in the third quarter of 2011, resulting in less opportunity and more competition between consumers.

“Prices have fallen gradually now for around three years. The global financial crisis and high interest rates over the past 18 months have also taken their toll, though they are beginning to normalise, however all the signs are now present for an upswing in buyer activity.  Investors are also back in the market and people are again focusing on their real estate aspirations.”

Mr Regan advises that anyone contemplating buying a property should take action now rather than waiting, or otherwise have less to choose from and ultimately pay a higher price. “We offer expert advice and on-budget solutions to returning expatriates.  We arrange all aspects of owning a property in Australia right here from our office in London.  No matter what the budget, I’m confident we can find a solution.”