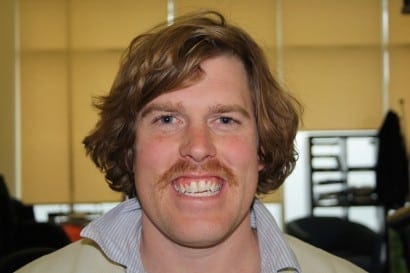 I have been so impressed this year by the response to Movember. Since starting as a fun idea in Melbourne, Australia in 2003 (yep – it’s an Aussie thing and we’ll proudly claim it) – Movember has raised over £100 million around the world. And that is not even taking into account the 2011 contributions! How amazing is that? It has seen some incredible support since it’s humble beginnings and this year more than any year, I have really noticed the number of blokes taking part.Yes, we do look ridiculous. Yes, the sometimes feeble attempts at upper lip facial hair do put careers and relationships under pressure. Yes, we too are looking forward to 1 December so we can shave them off.

But Movember is not just about the ‘moustache’. It is about raising funds and awareness around the globe.The campaign specifically targets prostate cancer and other cancers that affect men but doesn’t discriminate. Money raised also goes to helping depression, to educating the public, to removing stigmas surrounding men’s health issues and to encouraging people to get more active and proactive in talking about these issues. We’re blokes, we don’t like to talk about stuff like prostate cancer, suicide and depression and that is why Movember is so important. It breaks down barriers and starts conversations. And it makes for some horrible photos.

As you head home from work today, check out how many people you can count sporting a rather ‘dashing’ mo. While of course, some people wear moustaches all year round, many of the faces you notice will be doing their bit for Movember. And doing it proudly. So give them a smile, a nod or a wink, open up your wallets and get behind this great Australian (now global) campaign. And come November 2012, I hope to see a lot more ridiculously bad moustaches out there (so I don’t feel so out of place).

To see Tim’s ‘pathetic’ attempt at a Movember mo and to donate, head to Mobro.co/TimMartin