Saying it with paper

HONEYMOONING NOMAD | Facing a first wedding anniversary, our Honeymooning Nomad comes up with her own take on the traditional gift of paper. 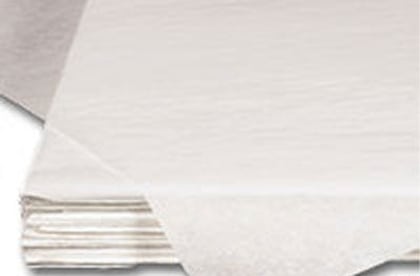 THE past year has been a year of firsts for me.

The first time we got married.

The second time we got married. What happens in Vegas….

This April we will also be celebrating our first wedding anniversary, something I am very much looking forward to. As a somewhat untraditional couple, we have not really celebrated past anniversaries as I know other couples do. It took me a couple of years to actually remember the anniversary date of when we first started dating.

However, I was very quick to establish that our wedding anniversary, very close to my birthday, deserved to be celebrated each year with traditional gift giving. Why not use a reason to receive (and give) an extra gift every year to its full advantage?

After reading so many painfully over the top bride-to-be magazines, I am now well versed in the list of traditional anniversary gifts that could span the next 60+ years of marriage. To give you an idea, paper is given for the first year of marriage, cotton the year after, followed by leather, fruits/flowers and wood for the fifth year. Ten is celebrated with tin/aluminum, the twentieth with china. It gets even better as you go on, with silver for 25, gold for 50 and the sixtieth wedding anniversary deserving of a diamond.

While we don’t usually stick to the norm, I think that we can use this list to make gift giving a little more fun. So, in the lead up to our first wedding anniversary I was stumped about paper. The first few items that come to mind when you think of paper are rather boring… stationary, gift certificates, photos, books.

Thinking outside the box however and you can suddenly see many uses for paper, including itineraries, flight tickets, foreign currency, and hotel bookings.

So for our first wedding anniversary we have decided to keep in theme and go on a two week trip to Egypt, home to papyrus — the forerunner of modern paper. And, another first.

Perhaps year two will follow with a cotton hammock by the beach in another far-away country.