THE EXPAT FACTOR | Paul Smith is an elected councilor on Islington Council and currently the only Australian citizen who is an elected person in the UK. Paul has previously been involved in a number of Labour members election campaigns in the UK, including Ed Miliband. Paul is also President of ALP Abroad, Australian Labor's International Supporters' Network for the over one million Australians who live, work and study overseas. 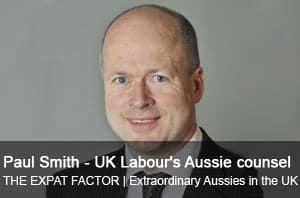 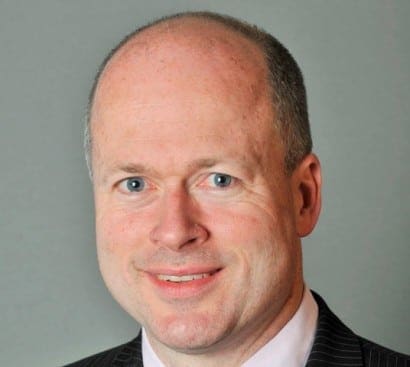 I’VE been in the UK since September 2002. I came over here to set up the London office of an Australian company called Social Change Online, which was at the time a world leader in online campaigning work for trade unions and advocacy groups. The UK had a much bigger market in this area, and at the time the Australian dollar was very competitive — three to one. It made exporting Australian technology and software a very competitive business.

There was also a gap in the market in online social campaigning, and the Australian company were looking to expand internationally. We were quite successful in working with large British trade unions, and expanding to Europe to work with the European Union.

After six years the company was sold, and I moved on to working full time for the British Labor Party. I’d had the politics bug for a while — I had been a Labor councilor in the Sutherland Shire from a young age, and had stood for Parliament for the Labor Party in Australia.

When I got involved in the Labour Party in the UK, the local area was in pretty dire straits. They had lost the local elections just before I arrived. The local MP was resigning, and Emily Thornberry, the now Shadow Attorney General, was looking to win the seat of Islington South and Finsbury. I ran her selection campaign and election campaign in the 2005 general election, and we won by 484 votes. It was a tight race, but a very interesting experience and a good way to get a good sense of how London works.

Islington is a very divided place. You have a lot of wealthy people – in banking and finance, media and other well-paid professions. On the other hand 40% of the population live in social housing, mostly earning less than £15,000 per household.

I’m now an elected councilor on Islington council and Deputy Leader of the Labour group. I was elected in 2006. Not many people realise Australians are eligible to stand for public office — a legacy of Australia being part of the British Empire. Simply by being in the country we have the right to vote in UK elections as a Commonwealth citizen.

I’m currently the only Australian citizen who is an elected person in the UK, although of course there have been a number of Australians who have been local councilors in the UK in the past. We’ve also had a number of members of UK parliament who have been Australian citizens, including George Reid — the fourth prime minister of Australia. After he served his term he came over and took up a seat during WW1 representing what is now Westminster for a short period before he died.

I’ve also been part of the transformation of the Labour party’s election strategy. It made a shift from under Tony Blair — who had a centralized approach to running the campaign — to a much more grassroots campaign. It’s a bit like what Obama does — knock on doors, talk to people, engage volunteers to engage with the electorate. The 2010 campaign for Emily Thornberry using this approach was very successful in pushing our vote from 12,345 to 18,407. Quite a turnaround in an election where Labour lost overall.

Immediately after the general election I became involved in Ed Miliband’s leadership campaign. I became the person responsible for coordinating the trade union area of the campaign. Trade union affiliate members that can vote total 2.7 million ordinary workers, like cabbies, bus drivers and cleaners.  We got 59% of the votes ordinary union members cast.

As member of the council I do a range of things. I’m responsible for the environment. For the Aussies, they may be interested to know Islington is the only council in London where you can have a BBQ in the park — because I changed the rules. It’s very popular here because many people live in flats, and their living spaces are so small. They have a need to get outside on the few sunny days of the year and take advantage of the open space.

As President of ALP Abroad I feel lucky to have a network of like-minded Australians to count as friends. It is a network of supporters who do a range of fun events besides helping out at elections. No one who is part of it is doing so because they expect to be selected as a member of Australian parliament. We’re all supporting it because we feel it’s the right thing to do.

What I love about London is the diversity of people. It is an international city that just happens to be in Britain. I love the diversity of cultural choices. I have made a rule for myself to go to plays or public galleries at least twice a month. You have to take advantage of it whilst you’re here.

It’s hard to pick a favourite spot — it’s a calibration of choices. My favourite thing to do is show people around London when they come to visit. It doesn’t matter how different each visitor is there is always something in London they will like. I’m a bit of a history buff. I am always going on historical walks. I’ve been here for ten years and I’m still learning about the city. It is a city with immense social history. It’s what happened in a place and the people, the feeling and the history that I like – rather than the place itself.

Australians are much more direct than the English. They tend to tell it like it is, and I’ve had to learn here to be slightly less direct, because it’s not the way people speak. The British are also obsessed about fitting you in to the social class scale. It’s something I’ve become conscious of — people try to assess you and work out where to fit you — and they just can’t quite work out where Australians fit! It’s not to say we don’t have class or social divisions in Australia, but our approaches to this issue are quite different.

I went back to Australia for Christmas in the Sutherland Shire. Going down to Cronulla every day and having a swim — well, it was rather nice. Lots of sunshine and plenty of Vitamin D.