Our London: Spotlight on Acton — Top 5

OUR LONDON | Each week an Aussie Times writer will bring you a top five list from their favourite neighbourhood. This week PAUL BLEAKLEY realises amongst the hustle and bustle of urban London life, there really is no place like Acton. 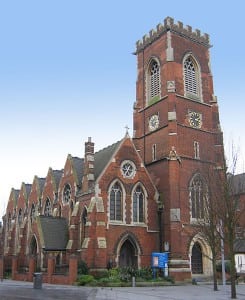 ANYONE who knows me can tell I am not often lost for words, however when I was asked to write about my neighbourhood I came down with a sudden bout of writer’s block. How could I possibly explain the reasons I love living in Acton?

To many people, Acton may seem like a desolate wasteland existing on the fringes of the far more urbane Hammersmith and Chiswick. Instead of palatial estates, there are housing estates. Instead of St James’s Park, there are industrial parks. Instead of world-renowned live music venues, there are…well, we don’t even have buskers.

All of that aside, there must be a reason legions of Aussies and Kiwis are consistently drawn to the pot-holed streets of Acton to find a place to live and play.

Ladies and gentlemen, welcome to W3.

1. The ability to escape

An odd choice to mention as the first good thing about living in Acton, I know. Let me explain. London is a city all about the hustle-and-bustle of urban life, which can sometimes be overwhelming for an Australian used to fresh air and wide open spaces. Acton sits on the border of urban London and the countryside: it is a leisurely walk to Kew, a relaxing boat trip to Richmond, and it is even possible to own a car and slip onto the M4 if you’re willing to brave the M25 to get out of town for a cheeky weekend away.

If you venture down Acton High Street — past the Polish discothÃ¨que and the bingo hall — you will come across Acton Park. Unlike some of the other refined common areas throughout London, Acton Park is a true community park: children cavort on playground equipment, couples go for strolls across the green grass and on a nice summer’s day it is the perfect location for a few beers and some football. The park also boasts tennis courts, a basketball court, bowls facilities and even an arts block.

Any Australian that says that they have never indulged in a sneaky trip to a chicken shop after a late night out would be lying. It is a rite of passage for young travellers that learn to eschew the typical trip to McDonald’s in favour of a cheap and hearty midnight feast. Nowhere in London are there more chicken shops per capita than Acton: the high street is dotted with them, and it is no wonder that the streets are layered with Styrofoam containers every Sunday morning.

An important aspect of any neighbourhood, the pubs in Acton are perfectly tailored to the Australian and Kiwi community. We have all heard of the mythical Redback Tavern, closed down after one too many raucous nights. These days there are more options: The Chatsworth has become a haven for Aussies and Kiwis, while The Belvedere is a mecca for the community on Thursday nights (mostly due to the two pound drinks, of course.)

Acton is often misrepresented as an area that is essentially overrun by Aussies and Kiwis. It could not be further than the truth. In reality, Acton is one of the most multicultural places in London: it has a strong Polish community, and is home to the city’s Armenian cultural centre. The South Acton estate, covering 25 hectares, is one of the largest in the United Kingdom and is populated by a quirky range of people from a variety of backgrounds. A quick stroll down Bollo Bridge Road is enough to show you that anyone who thinks that Acton is an Antipodean-dominated area is sorely mistaken.

Thinking back, I almost can’t believe that I was lost for words when it came to living in Acton. It might not have all the bells and whistles of other areas in London, but that’s okay. It has something better: it is a place easy to call home.