Dating in London as an Australian can be as terrifying as moving to... say, Greece, without speaking the language. Bestselling author and ex-Aussie expat in London Lana Penrose shares her London dating experiences; from vampire, to crack addict to being rejected by Russell Brand.

by Lana Penrose
in Expat Life 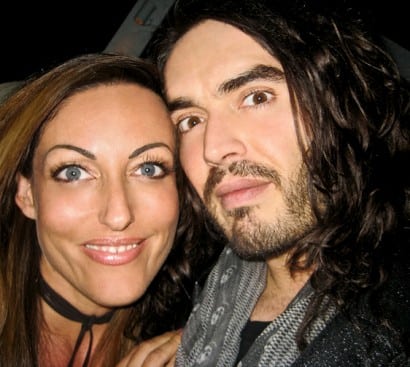 WHEN I moved from Athens to London as an Australian expat, I arrived a little like Lindsay Lohan staggering through life with an axe through her head. But I was determined. I would pull myself together, hit the town, get amongst it and, of course, find true love.

I was working alongside an Aussie pop sensation at the time so the chances of hooking up with someone interesting were high. Or so I thought. In reality, it wasn’t long before I was scouring internet dating profiles in the vein of a serial killer. And here are but a few examples of what I dredged up.

After a number of email and telephone exchanges, I wound up rendezvousing with a PR guy who had a northern accent to die for. He DJ’d on the side. He rocked and he rolled. He balanced things nicely through exercising his culinary skills. Further, his profile shot suggested that he was secretly Johnny Depp, and I couldn’t quite believe my luck.

When we met face to face, however, I was surprised to see that he was:

I was somewhat deflated. And it didn’t end there. The evening culminated nicely when he admitted that he was, in fact, a vampire. A real one. Yes, he was sure. He was just ‘born that way’! He’d even had an orthodontist craft a pair of bespoke fangs, tailored to perfectly fit his mouth. Understandably, our affiliation ended rather abruptly.

Shortly thereafter, I wondered if UK internet dating was the way forward after all. I put this to a friend while strolling through Westbourne Grove one afternoon, and he took this as his cue. He strutted towards the first guy he spotted on the footpath and began forcefully shouting with evangelical vigour.

“Hey! See this girl here? She’s single! Do you want to take her out on a date?”

I tittered like a debutant tanked up on spiked punch, and the slick-looking stranger appeared somewhat flummoxed, but it wasn’t long before he and I exchanged numbers. A night or two later, we met at a pub called The Champion.

Mere minutes into conversation, it was established that the devilishly handsome guy was in actuality … a crack addict. I repeat. A crack addict! He admitted this quite candidly before having a mood-swing mid-sentence, storming out of the bar and leaving me to stare into my half full glass of bourbon. Actually, make that half empty.

But was I deterred? Uh-uh. No way. I was in London — a city brimming with hipsters and potential. I would wrap my head around this local dating scene, even if it killed me. I therefore dated a death metal drummer one hundred years younger than me, a cult escapee and a slew of other specimens so disinterested that I presumed myself dead. I even had a crack at Russell Brand, who found me about as interesting as a carpet trampled Corn Flake. While Russ may claim to shag anything that breathes, there’s a little known sub-clause that reads ‘unless it’s Lana Penrose’.

Anyway, after playing air guitar to the beat of my biological clock, I ultimately discovered just what I needed to tackle and bag that slippery little thing that I wanted more than anything else in this world: love. It took me a while. And I made a great twat of myself in the process.

Lana Penrose is the bestselling author of ‘To Hellas and Back’, ‘Kickstart My Heart’ and ‘Addicted to Love’. ‘To Hellas and Back’ offers a raw, real and hilarious account of expat experiences and has been optioned for film adaptation. Her books are available through Amazon.co.uk, Smashwords.com and lanapenrose.com.au.