London is where it’s at for Aussie gold

RIGHT SAID ED | Forget Kony. Forget the Mayan prophecies. Forget Bieber, One Direction, Charlie Sheen (and any other headline grabbing celebs). Forget the Arab Spring and the US Elections. Forget everything! Because in 2012, London is all you need to know.

FORGET Kony. Forget the Mayan prophecies. Forget Bieber, One Direction, Charlie Sheen (and any other headline grabbing celebs). Forget the Arab Spring and the US Elections. Forget everything!

Because in 2012, London is all you need to know about. In the very near future, the English capital will be consumed by a rivalry so intense that it will be nearly impossible not to be sucked into its vortex. 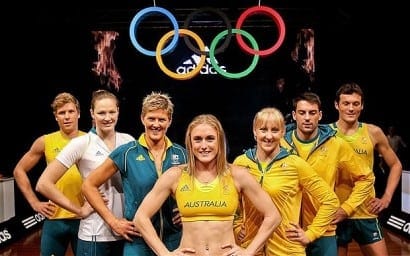 For more on what we’re talking about, head right now to our Sport pages (where our official Olympic Countdown begins in earnest). But for Australians, it’s about more than just a countdown. There is something deeper that is going to happen in just over 100 days. Something much more important. We are talking about new vs old. About apprentice vs master. About fanatical vs lackadaisical. We’re talking about Australia vs The Mother Country! Head to head against the old enemy, Great Britain. In 101 days — the battle begins for Medal Tally supremacy.

As Aussies, we must learn from the past. We must learn from the blip that was Beijing (where for the first time in over two decades, the Poms surpassed us on the coveted Medal Table). We must start training now, as our athletes are. We must be prepared to give our all, to get our Olympians over the line first. We must be ready to do what it takes to make sure Australia is victorious. For if Australia is to rein in a gold medal reign, our time starts now. Break out the green and (fittingly) gold. Dust off the Boxing Kangaroo. Get out the Aussie flag and warm up those vocal chords. Because, Australians in London, it’s time to unite. Let’s show those Poms how it is done. Come on Aussies, c’mon!

Nearly 70% of those who shared with housemates, parents or in-laws are now keen to get a foot on the...

The Victorian government plans a pilot scheme for up to five days sick and carer’s pay, at the national minimum...