SUBCULTURE SLEUTH | Aussie men may think they have perfected the art of male bonding with their footy match getaways, but it has nothing on the British lad’s weekend for shared shame and debaucherous glory. 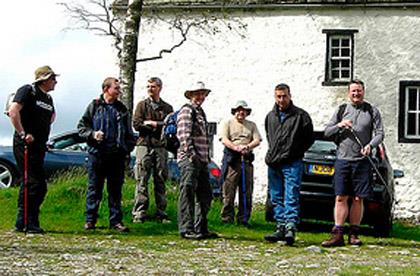 AUSTRALIAN men have always perpetuated the idea that we have a very strong culture of male bonding in our country. There is nothing better than getting the boys together for an esky full of ice cold beers and a game of football on television. Every true blue Aussie bloke has some kind of ‘man cave’ to retreat into, whether it is a tin-roofed shed in the backyard or the traditional men-only ‘pool room’.

In Australia, the lad’s weekend is not an uncommon thing. A group of boys may go down the coast for a surfing trip, or interstate for an important football match. There is always heavy drinking and sore heads. Although these lost weekends provide the type of bonding that typifies a boy’s trip away, British lads seem to commit to lad’s weekends with an enthusiasm and gusto that would put the wildest of party animals to shame.

I happened to come across the Channel 4 documentary What Happens in Kavos recently, which focuses on the revels of British party-goers on the Greek island of Corfu over the peak summer period.

Many of the featured holiday-makers were on the mythical lad’s weekend and within the first episode the documentary had shown an island that had descended into pure debauchery: one man was forced to drink his friend’s urine as punishment for sleeping with the same girl three times while another was forced into emergency surgery after an unfortunate sexual encounter led to his pride and glory being horrifically mangled.

The excitement of a boy’s trip away comes from being in a foreign environment where a group of young men can act completely wild without fear of embarrassing themselves in pubs and clubs that they frequent on a regular basis. The lad’s weekend bonds a group of boys through a mixture of shared shame and relived glory.

It is no wonder that British men have perfected the art of the lad’s weekend considering the vast array of locations easily accessible just across the English Channel. While places like Kavos or Ibiza might be prime locations during the summer months, the winter offers up the depravity of Prague or the ever-ubiquitous Amsterdam. Groups of British lads can literally take their pick of locations throughout Europe where they are able to throw up on the side walk, make clumsy attempts to seduce women and shave off their mate’s eyebrow while he is asleep.

That being said, it is only about £8 on Megabus to go to Cardiff. Meet you at Victoria Station?