How to vote in the Australian federal election from the UK

by Marian Borges
in Expat Life 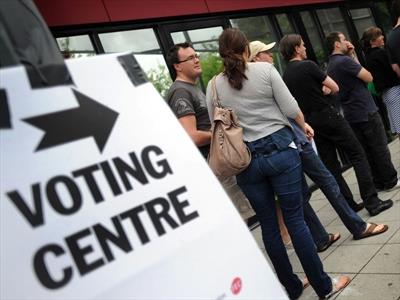 AUSTRALIAN expatriates living in the UK are encouraged check their electoral enrolment status and to register as overseas voters ahead of this year’s federal election.

Kevin Rudd could announce the date of the election any day now so time is running out to register.

How to vote in the next federal election:

There are 400,000 Australians living in the UK and those extra votes could be the difference between candidates winning and losing marginal seats.

Australia House in London was the largest polling station at the last federal election with over 16,000 voters.

Australia also faces the possibility of having three prime ministers in the space of a single year after Kevin Rudd defeated Julia Gillard for the leadership in June.

The most likely election dates are 31 August, 14 September, and 21 September, avoiding a parliamentary recall and the AFL grand final.

Kevin Rudd has until Monday to call a 31 August election.