How to solve a problem like a UK visa?

Aussie volunteers needed to help with our project on Commonwealth visas.

by Tim Hewish
in Expat Life 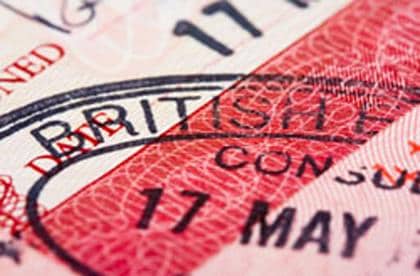 Despite the intense sporting rivalry, the never-ending banter, and the strong cultural ties between the UK and Australia, there is one aspect which has a huge deficit – visas and immigration.

The rumblings were given a voice by the Mayor of London, Boris Johnson, last September when he highlighted the case of Australian teacher, Sally Roycroft who struggled to remain working in the UK. He branded it “absurd discrimination”. The Mayor’s solution was the establishment of a “bilateral labour mobility zone” which in effect gives Australia the same rights as citizens from the EU to live and work in the UK.

Coupled with this was the recent BBC article titled – The Decline of the Australian in the UK. The figures are startling. In 1999, 40,000 Australians lived in the UK whereas in 2011 26,000 remained. Meanwhile, the number of Australians with working visas has more than halved since 2006 to fewer than 15,000. The BBC article also reported ONS numbers showing a drop of almost 10,000 Australians resident in the UK between 2011-12.

We at Commonwealth Exchange (CX) are eager to explore this through a Commonwealth context in order to improve and enhance wider Commonwealth relations as a set of proposals for the Government to consider. These will range from extending the Tier 5 Youth Visa; the reintroduction of the Tier 1 two-year post-study component; more flexible Tier 2 general visas; the establishment of a Commonwealth business visa; and a reduction in cost or elimination of tourist visas for more Commonwealth nations.

As a think tank we will do so through a research project. However, we cannot do this on our own.

A key pillar to the research will be the inclusion of case studies. Migration is about individual people and their families; therefore, our work demands a distinctly human touch. We require the voice of Australians who have valuable and interesting stories to tell about their experience in the UK. You may be concerned about being sent home if your visa is not renewed despite setting up a life in the UK. You may have experienced frustration at the Home Office over the cost, time, and delay over your visa.

Although, you are not alone.

Hundreds if not thousands of individuals from Commonwealth nations such as South Africa, India, Jamaica, and Malaysia are disadvantaged by the current unfair system, which has a distinctly European bias. We admit that not every Commonwealth nation is the same. Our recommendations will reflect this.

Australians are fortunate that they do not need a tourist visa to visit the UK, other Commonwealth nations are not so lucky, but Australians still need a work visa sponsored by a UK business which is costly in terms of time and money.

We share the mayor’s sentiment that Australians should be conferred the same working rights as those from the EU. There is so much in common that it appears tragic that such arrangements are not already in place when we share the same language, legal system, customs, and Head of State. We acknowledge that a lot centres around reciprocity. Australia would have to also provide favourable free movement to the UK in return.

We desire even stronger relations between Britons and Australians. Freedom of movement to live and work is a significant part of this. That is why we want this research paper to be about your words not ours.

So if you would like to put yourself forward and participate in our project anonymously as a case study then please contact us at [email protected]. We would love to hear from you.