Drug use at work: is your workplace at risk?

ASTUTE AUSSIE IN LONDON | Recent revelations of drug use in Australian sport have prompted a reflection on the prevalence of drugs in society. In the UK, Australians have been questioned about their reputation as the “great sporting nation”. If our revered sporting profession is not immune to the effects of drugs, could it mean other workplaces and professions are also not immune? 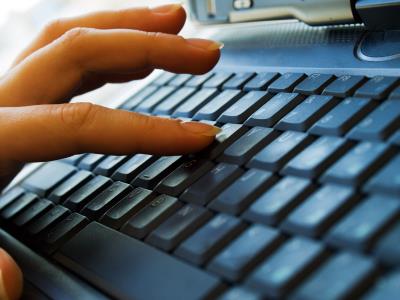 WITH the recent revelations of drug use in Australian sport, a nation has stood reflecting about the prevalence of drugs in society.  In the UK, Australians have been questioned about their reputation as the “great sporting nation”.  These events have got me thinking: if our revered sporting profession is not immune to the effects of drugs, could it possibly mean that other workplaces and professions are also not immune?  The image of the 1980s cocaine-sniffing, Gordon Gekko yuppies may have disappeared as the millennium approached.  Yet, there is evidence that drugs continue to infiltrate our home and working lives.

In 2010 around 15 per cent of Australians over 14 years old had used one or more illicit drugs in the past 12 months.  According to a 2012 report by Australia 21, a think tank researching issues affecting Australia, the social cost of illicit drug use in Australia was last estimated at $AUS8.2 billion (2004/5).  Social costs include costs associated with crime, lost productivity and healthcare.  In the UK, a 2011/12 a Home Office survey[1] found an estimated 8.9 per cent of UK adults had used an illicit drug over the previous 12 months.  During the same period, 3 per cent of 16 to 59 year olds had used a Class A drug.  Deemed the most dangerous type of drugs, Class A drugs carry the harshest punishments.  The survey revealed that cannabis was the most commonly used type of drug (6.9 per cent), followed by powder cocaine (2.2%). While the figures have remained relatively stable over the last 10 years, they reveal that drug use is undeniably a part of UK life.

Despite preconceptions, not all drug users are inactive members of society.  According to a 2007 Chartered Institute Personnel Development (CIPD) publication, “Managing drug and alcohol misuse at work: A guide for people management professionals” drug use does occur at work.  A third of organisations reported that drug misuse had a negative effect in the workplace.  Four out of ten employers found that alcohol consumption significantly affects employee absence and productivity — losing the UK economy £6.4 billion a year.

In the UK, under the Health and Safety at Work Act (1974), employers’ have a duty of care to provide a safe work environment and an obligation to ensure that employees are not misusing substances that can impair their ability to carry out tasks safely.  And unless you fall within certain exceptions, it is an offence under the Misuse of Drugs Act (1971) for anyone to knowingly permit the production, supply or use of controlled substances on their premises.

Health and Safety Executive, the national independent watchdog for work-related health, safety and illness encourages employers to adopt a substance misuse policy, in consultation with appropriate staff, including legal obligations (e.g. reporting to police).  Employers who decide to adopt drug screening as part of their drug policy, are advised to carefully consider what they want the screening to do, and what they will do with the information produced.

Rather than strict surveillance and punishment approach, a supportive workplace is more likely to help resolve issues.  For example, consider:

Drugs and alcohol are a fact of life.  In any workplace, the possible negative consequences affect everyone.  Employers risk losing their businesses due to the cost of absenteeism and reduced productivity.  Colleagues are affected directly and indirectly as they pick up the slack or deal with behavioural implications.  A work culture where appropriate policies, support and referral systems are in place, can help minimise the negative effects of drugs.

If you or your business are affected by any of these issues, please seek advice.  Employers can contact the Health and Safety Executive (www.hse.gov.uk) for more information and seek further advice about workplace drug testing from the European Workplace Drug Testing Society (www.ewdts.org).  Individuals are advised to seek assistance from their local GP.