Dating in Australia is expensive, but in London it’s exorbitant

Three Australian cities are considered among the 20 most expensive cities in the world but London takes the number one spot, especially when it comes to the dating game. 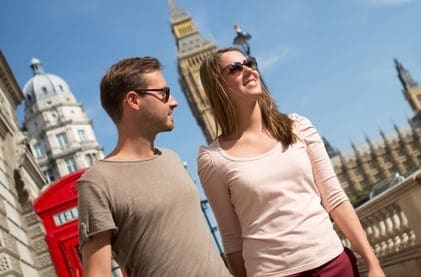 It could bankrupt you to be single and dating in Australia, but not as quickly as it would in London.

According to a list compiled by the Deutche Bank, a pizza-and-beer-date for two people in the world’s fifth priciest city, Sydney, would cost as much as $US104.  Dating in Mumbai is cheap and chirpy at around $UD25 while it’s best to avoid a romantic night in the most expensive city, London where a night out could cost you $US121.

The Deutsche Bank survey compared the price of everyday items such as transport, food and accommodation of a number of major international cities and compiled a list of the 50 most expensive. ‘Australia’ is followed by 3 city names in the top 20.

But it is not all bad news.  According to the Big Mac index Australians are actually doing better in 2014 than they were doing in 2012.  The McDonald’s Big Mac burger will cost you $US4.47 while you would have forked out $US4.94 two years ago.

“The Big Mac index was invented by The Economist in 1986 as a light-hearted guide to whether currencies are at their “correct” level. It is based on the theory of purchasing-power parity (PPP), the notion that in the long run exchange rates should move towards the rate that would equalise the prices of an identical basket of goods and services (in this case, a burger) in any two countries,” states The Economist.