THE EXPAT FACTOR | Chloe Angel dreamed of an international career in singing and performing, and has moved to London to pursue these goals. You may have seen her warming up the crowds in Covent Garden. 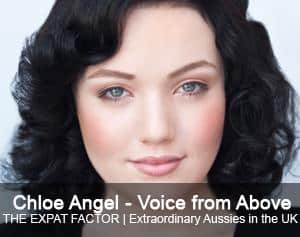 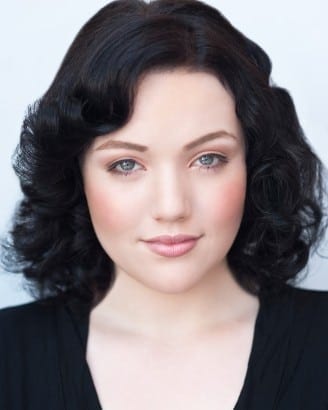 Chloe Angel dreamed of an international career in singing and performing, and has moved to London to pursue these goals. You may have seen her warming up the crowds in Covent Garden.

I first moved to London in February 2011 to pursue my performing career as an Opera Singer. I had always wanted to sing abroad and after working as a classical singer in Macau S.A.R (China) for 11 months, London seemed like the next logical step.

It feels like it’s taken some time — forever – for my career to develop during the time I have been here.  A six month part in Opera Up Close’s La Boheme shortly after I arrived kept me singing, and eventually, after about a year in, I started to feel I was building a nice momentum.

I successfully auditioned for a busking spot on the Opera pitch in Covent Garden, which has been an amazing experience. It involves no heating, no amplification, and quite often people who really aren’t that interested in hearing you sing. It has taught me a lot about how to draw a crowd and helped me to work on my performance and vocal technique.

The Opera singing world is probably a little more cut throat out here — though I’ve had both lovely experiences and not-so-lovely ones in auditions both UK and Australia. Really, it’s part and parcel of the entertainment industry. I just try to hold on to the idea that if I’m not right for a particular role it’s because something else is just around the corner and try to keep my head down and not buy into the drama too much.

I have struggled with the anonymity of moving to the UK. I didn’t know anyone in the industry when I first moved here, and I wasted a lot of time trying to figure out what to do and building up the confidence to do it. Hardly anybody knew who I was or had heard of or seen anything I had done, so they were sometimes reluctant to see me. I don’t think it helped that I hadn’t attended a UK Drama School either.

On the other hand, coming here alone and not knowing anyone has allowed me to reinvent myself as a performer. I felt free to try new things out and push in new and different directions without feeling the (admittedly, self imposed) expectations that existed for me in Australia. I’ve now singed with Primadonna Music Artist Management and I’m looking forward to a few local and international gigs, and starting to audition again in a few months.

I think every Australian’s experience of the UK is going to be different — it depends on the person. I’m not a drinker or a party person, and my typical weekend in London involves work, and sleep. But I really enjoy what I do, and don’t ever want to do anything else so I don’t mind. I don’t often get out of London, but I recorded my album in a beautiful little place called Farheath Studios — it had some donkeys and other little animals. If I get stressed I usually just sing it out.

My favourite discovery in London has been the Camden Markets, and it’s the place I go when I feel a bit home sick or emotionally restless.  It reminds me of a cross between Newtown in the early noughties, and the Hong Kong night markets.

I do miss the Australian bush. I’m a mountains girl — so the fresh air, summer rainstorms and animals is what I go back for. I only planned to come to the UK for the two years the Youth Mobility Visa allows, but here I am at the end of it racing home to renew my visa — and see my mum of course.

I don’t feel I’m finished with London yet, and I hope to stay for the foreseeable future.