Chicken or the egg? Leadership and ethics

ASTUTE AUSSIE IN LONDON | The Leveson Report on the conduct of Britain’s media has highlighted the role of ethics and self-regulation for those in positions of power. 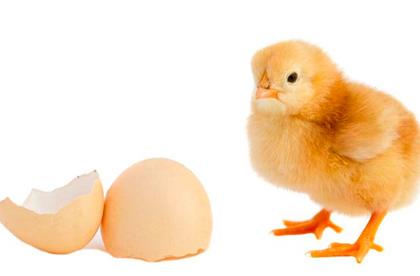 THE  Leveson Report on the conduct of Britain’s media has highlighted the role of ethics and self-regulation for those in positions of power. The Report, recommends independent, self-regulation of the press through a new regulatory body — free from industry leaders, government and politicians. This new body will enable the public to make complaints against members, so they can be investigated and resolved. The need for this Report, highlights the increasingly damaged perception the public has about those in positions of power and their ability to maintain public trust and confidence. Leaders hold privileged positions and are in most cases, rewarded for their efforts. But with privilege, comes responsibility.

Finally prompted by public outcry, the Prime Minister, David Cameron, appointed Lord Justice Leveson to review the conduct and ethics of the British media. This inquiry into Britain’s media hailed from legitimate concerns about press behaviour, such as hacking mobiles of murder victims and close relationships formed between the media and politicians. The Leveson Inquiry has been earmarked as the most concentrated look at the press Britain has ever seen. It spanned nearly 9 months and included hundreds of witness statements. The debate now begins as to what, if any changes to the industry, will be made. The bigger questions, is whether the recommendations, if accepted, will make any difference to the behaviour of those in positions of leadership.

Most professionals accept that their conduct is subject to challenge — whether from their professional bodies, employees or customers. The best leaders open themselves up to scrutiny rather than cocooning themselves with “yes” people. With the privilege of being able to affect policies, determine strategies and make decisions, great leaders understand that they owe a duty of care to those their actions affect.

Most professions are regulated to ensure that members act in the public interest and impose enforceable standards and codes of ethics. For example, in Australia, the Institute of Chartered Accountants imposes and regulates the conduct of accountants. Other professions such as medicine, law, engineering and education also mandate standards and codes of ethics. Generally, these models are based on contractual obligations the professions have made, to act in the public interest. The media is no different and there is a code of conduct already in place.

Yet despite some media professionals being accused of recklessly prioritising sensationalist stories, wreaking havoc on the lives of victims, and not upholding the public interest, there seems to have been limited action from industry leaders. No matter how many standards and codes are in place, without proper enforcement and oversight, there is little benefit.

Some professions self-regulate better than others. Those committed to rigorously maintaining their public standing subject members to reviews and disciplinary action. Open and transparent processes are in place so the public has a basic understanding of protocols. When those who stand outside the codes of conduct are dealt with appropriately, the public can feel satisfied that something is being done to protect them. The Institute of Chartered Accountants, for example, publishes details of conduct reviews and the consequences of any breach. Disciplinary action imposed can include being banned from practicing and revocation of membership.

To implement self-regulation, you need commitment, robust systems and transparent processes for long term effectiveness. Any person, organisation or industry that holds a privileged place in society must also accept a duty of care. But the bottom line is that ethical conduct can be codified, but it cannot be forced into practice. Proper conduct is a function of good leadership. A good leader does not need to rely on standards, codes and enforcement. Rather, they innately understand that leadership includes an implied duty of care to the public they serve.