SUBCULTURE SLEUTH | This week our sleuth tries to cement his reputation as 'the chav whisper' by going undercover, complete with camouflage to pass undetected into their ranks. 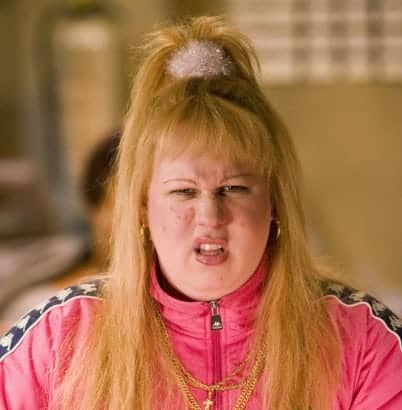 WHEN I first moved to London, I was very lucky in the sense that I had a lot of friends that were already established over here. Many of them were part of the ex-pat Australian community, although some of them had ‘gone native’.

One of those that had gone native was my oldest friend, Nick. He has the firm belief that there is a difference between a tourist and someone that fully assimilates in local culture. I was surprised when I first saw him upon my arrival: despite being an Australian he looked, spoke and acted like a proper Londoner.

Going native is mostly a matter of attitude, however your physical appearance plays a large role in how readily you are accepted into a social group. Dress the wrong way and you will stand out like a sore thumb, making cultural assimilation all the more difficult. I have spent a lot of time observing chavs in my quest to understand and, ultimately, become one of their kind. It seems there are a few key aspects of the dress code that must be adhered to as a condition of acceptance.

This one is important for both men and women aspiring to be chavs. The industry standard is a matching Adidas set from Sports Direct, although if you’re feeling a bit skint a Primark set would do just fine.

This is one that I already did without even realising it. I believe that there is no occasion in which it is not acceptable to wear some form of running shoe. This is particularly the case in London, where you are going to be wandering from pub to pub with the lads and therefore will need sensible footwear.

Girls, take yourselves down to a Cash-4-Gold store on your local high street because you’re going to need some big hoop earrings to fit in as a chav. Boys, you’re not off the hook either. You might want a faux diamond ear-stud, although if that’s not your thing you should at least get yourself a gaudy sovereign ring.

The whole concept of the hoodie has become emblematic of the chav culture, to the point where it has almost fallen into the realm of satire. It is getting into winter, however, so a hoodie is both practical and provides appropriate camouflage amongst the local chavs.

Do not wear them back-to-front, because that is so 1990s. You want to perch the hat on your head precariously, on only a slight angle. The bream must be kept flat and, if you are paying attention to detail, you will leave the sticker on the front. I am not quite sure why, but if you take it off you will be spotted for a non-chav almost instantly.