You've had a great summer full of travel and fun with friends, now the cold is settling in and you're wondering what to do for Christmas. With no sun, sea, sand or seafood — here's a quick guide to a few ways to celebrate the festive season in the big smoke (where there'll be no smoke but hopefully some snow). 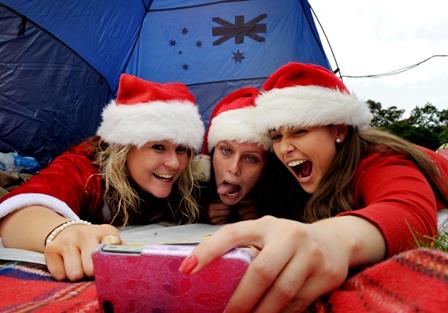 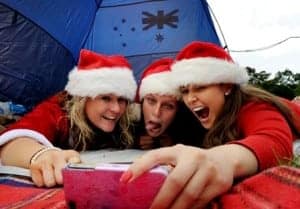 There’s something uniquely fun about a bunch of Aussies tackling the turkey and attempting all the trimmings the way ‘mum used to’ or whinging in unison about the lack of flame-grilled prawns. My first Christmas in the UK, a rouge bunch of friends lamenting our summer tans tripped down to Tesco and stocked up. You can quite cheaply pull off a quite hefty Christmas meal if you buy everything from the supermarket.

A few pointers; make sure you check on the turkey a few times to make sure it’s not going to end up in flames, overstock on the mulled wine, cue the cheesy ‘Christmas playlist’ on internet radio, wear a bad taste Christmas jumper where possible, Skype your family before you get too drunk (remember they’ll be relatively sober by that point) and listen to the Queen’s Royal Christmas message on tele before switching to JJJ when you start feeling nostalgic.

For those who’d rather not get their hands dirty bothering about the best way to tackle a turkey, why not head to the local pub. You’d be surprised just how many great pubs in London put on a roast and festive atmosphere. Grab a few friends and head down. Just remember, it’s not Christmas unless you’re all wearing ridiculous paper hats – so don’t forget the crackers. Why not lead up to the day with a ’12 pubs of Christmas’ pub crawl. There are many websites outlining fun seasonal crawls. 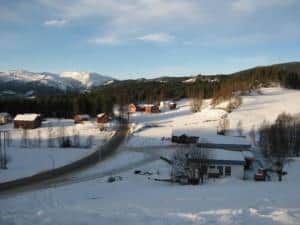 Whilst living in the UK I’ve had a few Christmas’ in Europe. I highly recommend getting out and spending the Christmas period in another country. Flights and transport are really cheap this time of year and hotels/hostels won’t close when many other services will. While Christmas in London or the UK may be culturally rather like home but with an added chill, it differs greatly once you reach the mainland. Germany is well known for it’s gorgeous markets while in Spain you will find street festivals and dancing. I’m going to highlight two places I’ve spent the holiday to give an idea of what Christmas in Europe was like for me:

A few years ago I spent the season in Norway. What I loved about it, other than the metres and metres of snow, was how differently Christmas could be celebrated a few hours on a plane from London. My mate and I stayed in a traditional log cabin that was hundreds of years old and ate Atlantic fish alongside Elk stew. This was before our Norwegian friends advised us to put porridge out on the threshold so the Nordic goblins would keep that years flock of sheep safe.

Click here for the weirdest Christmas traditions from around the world.

We finished the evening drinking vast amounts of Cloudberry liqueur — a local special. It is possible to find somewhere to stay with a few mates online and Scandinavia has hundreds of winter cabins dotted throughout the sparse landscape. It’s a great escape for a group of friends looking for something different to do. The best part, you’ll definitely have a white Christmas! 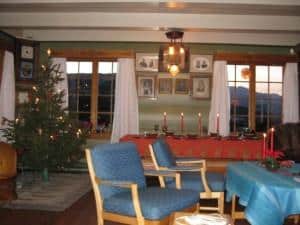 Many Aussies visit Amsterdam quite early on in their travels. It’s a stopover on many people’s bucket list. In winter and around Christmas however, the city can be seen in a totally different light. Two years ago, four of us decided to hit up Amsterdam for the Christmas period. It’s really easy to get to from London and offers a beautiful setting for festivities. We booked into a hotel (really cheap as it’s off-peak) and spent the days walking Christmas markets, eating Oliebollen (dutch donuts) and –  if the weather’s right – ice-skating on the canals. We booked into a restaurant for our actual Christmas day meal and then went to Anne Frank’s house on Christmas day!

So if you love travel and you want to mesh it with Christmas, don’t feel like everything will be closed. There’ll be plenty to do in the major cities in Europe. The benefit also is that you’re already close if you want to spend New Years Eve in great places such as Berlin.

The ‘British’ Christmas and the Surrogate family 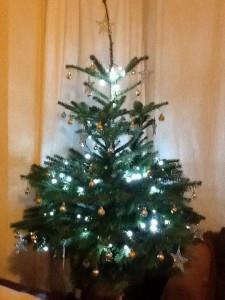 Not everyone may have this option open to them. However, you never know who might invite you to spend the day with their family or crew. Very last minute, I attended a friends Christmas in Sussex and it was fabulous. Make sure you bring a present for your hosts (a good liqueur often goes down well) and a good festive spirit and you’ll have a blast.

At a British Christmas, depending on where you go, you’ll discover great things such as; ‘pigs in blankets’, fights over various Christmas Special’s on TV, ice swimming and ominous spreads like ‘bread sauce’. Don’t be afraid to ask your friends what they are doing for Christmas, you’d be surprised how many people are happy to include a little extra Aussie spirit alongside their usual agenda.