SUBCULTURE SLEUTH | Feeling like just another Australian in a sea of familiar faces? Head to Cardiff to ‘throw another shrimp on the barbie’ with the locals. 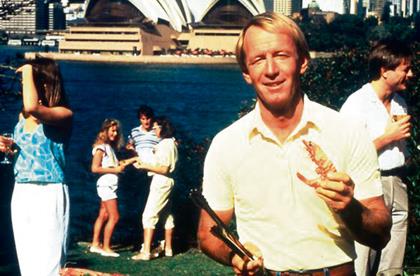 A NUMBER of people have told me that I am a bit of a contradiction. On one hand, I am a writer with several graduate degrees that likes to spout random facts about the intricacies of the Crimean War. On the other? I far prefer to drink cheap cider, watch reality TV and fist-pump along with generic pop music.

That is why a pilgrimage to Cardiff was always on the cards. It seemed like someone had designed the place specifically for me: hundreds of wild hen and stag parties cruising town, cheap alcohol and a legion of adorable girls from the South Wales valleys that had never met an Australian before in their life.

The nightlife scene in Cardiff is not to the taste of your average Chelsea-wine swiller. On our first night (in the Cardiff Walkabout, of course) it was only a matter of moments before an inordinately hairy man had his shirt off, and several girls decided that 9pm was a perfectly normal time to take their heels off at the bar. Probably a good thing they did, to be fair: the floors were so sticky that a fellow Australian girl we met was essentially glued to the floor and ended up having to abandon her shoes altogether.

We woke up with sore heads the next morning, seemingly the only hard-partying lads in a hostel populated by families and people that spent Saturday night in the common room playing Monopoly. Not us, we had a job to do. We still had to make contact with the elusive Welsh girl, to see if all of our dreams of musical voices and reckless behaviour were actually true. We had to do it all again.

It didn’t take long before we were dragged off Cardiff’s High Street by a girl offering us shots, jagerbombs and beers all for the low, low price of five quid. It seemed like a dingy dive bar, the kind where you get your cheap drinks and leave as quickly as possible. That is when they walked in. The valley girls, Caerphilly’s finest. As attractive as they were fun and wild, they had never come across an Australian before. They were wide-eyed with wonder, enraptured by the simplest things.

“G’day mate, throw another shrimp on the barbie,” said one. “But … do you really have barbeques all the time? We don’t have barbeques in Wales. And do you live in a place like on Home and Away? Do you surf? I’d like to surf, but there’s no waves in Wales! We should dance like a kangaroo, how do they dance?”

There is nothing else to say. Thank you, Cardiff. I was starting to become jaded by the ubiquitousness of the Aussie in London. Next time I need to feel special, I will be on the first bus back to Wales.