Seven Australian photographers are today announced on the shortlist of the prestigious 2014 Sony World Photography Awards. 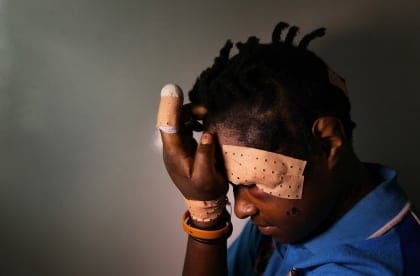 SEVEN Australian photographers are today announced on the shortlist of the prestigious 2014 Sony World Photography Awards, one of the world’s leading photography competitions.  The list includes one finalist in the Professional competition and four shortlisted Open photographers, all of whom now have the opportunity to win their categories and a range of prizes.

The seven photographers span both the Professional and Open competitions of the awards across six different categories.  They were selected by a panel of photography industry experts from nearly 140,000 submissions by photographers from 166 countries, the highest number of entries in the awards’ seven year history.

Open categories — for enthusiasts and judged on a single image

In addition, nine images by Australian photographers were Commended across the ten Open categories.

Each year the Sony World Photography Awards rewards the very finest contemporary international photography from the past year.  The seven Australian photographers on the shortlist cover a diverse range of topics in their imagery including a hard-hitting series looking at domestic violence in Papua New Guinea by Kate Geraghty and work highlighting the beauty and drama of athletes at the 2013 World Swimming Championships by Adam Pretty, winner of the Professional Sport category at the awards in 2013.

All the Australian shortlisted and finalist images will go on show at Somerset House, London, from 1-18 May as part of the 2014 Sony World Photography Awards Exhibition.  Tickets are now available at www.worldphoto.org/2014exhibition.

The winners of the Open categories — for which four Australian photographers are being considered – will be announced on 18 March and each will receive the latest digital imaging equipment from Sony.

As a Professional finalist, Chloe Bartram’s intimate look behind the scenes of a child beauty pageant will now be considered for the Professional Arts and Culture Photographer of the Year title, the winner of which will be revealed on 30 April at a gala awards ceremony in London.  She will also have her work published in the 2014 edition of the Sony World Photography Awards book.

The L’Iris D’Or winner will receive $25,000 (USD) and the Open Photographer of the Year will receive $5,000 (USD). All winners, including category winners, will also receive the latest digital imaging equipment from Sony.