American engineers and tradies struggling to find work at home are being encouraged to fill skills shortages in Australia's booming resources sector.

by AAP
in Expat Life 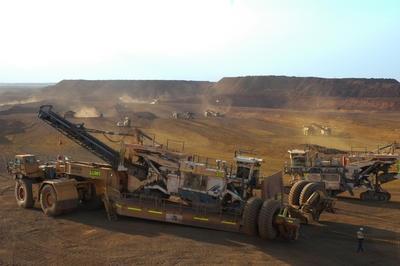 AMERICAN engineers and tradies struggling to find work at home are being encouraged to fill skills shortages in Australia’s booming resources sector.

The federal government has announced it is streamlining the way US plumbers, electricians and other tradespeople can get licences to work in Australia.

Skills Minister Chris Evans said that while the government’s first priority was to train Australians, overseas workers would be needed to fill temporary gaps – particularly in the resources sector – set to peak over the next few years.

With US unemployment still hovering above eight per cent, Senator Evans said the opportunity for well-paid work in Australia would prove enticing, despite the long distance.

“I think the wages and conditions will be attractive,” he told reporters in Canberra on Monday.

Applications are expected to open later this month.

The government will also stage a “Skills Australia Needs” expo in the US city of Houston, Texas, in May to attract skilled workers in the resources, energy and infrastructure sectors.

Immigration Minister Chris Bowen said he expected high demand for visas in the wake of the changes.

“I expect demand and interest to be strong,” he said.

US Ambassador to Australia Jeffrey Bleich welcomed the changes, calling them a “win-win” for both countries.

He shares the government’s view that US workers will be prepared to make the move, even to remote areas in northwest Western Australia.

“It’s beautiful country out there,” he said. “I don’t think this will be a tough sell in that sense.”

Business groups including the Australian Industry Group, the Business Council of Australia and the US Chamber of Commerce applauded the changes.

“There are clearly opportunities in Australia for skilled US citizens seeking work,” they said in a joint statement.

But unions say an overseas recruitment drive is premature and claims of skills shortages should be independently investigated first.

ACTU president Ged Kearney said there was no independent evidence to back up claims that Australian workers could not meet the needs of future resource projects.