England set to employ the tactics made famous by Shane Warne, Matthew Hayden and Steve Waugh, and 'bully' Australia in the upcoming Ashes series.

by AJ Climpson-Stewart
in at, Sport 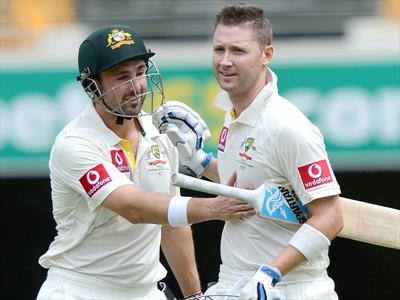 ENGLAND plan to give Australia a taste of their own medicine in the two upcoming consecutive Ashes series, held first in the UK then Australia.

English wicketkeeper Matt Prior has told the Aussie team to be on guard, as England plan to ‘bully’ a relatively young and inexperienced Australian side.

Prior told the BBC he remembered growing up during the years Australia dominated the series between the old foes, with old hands like Shane Warne, Glenn McGrath and Matthew Hayden intimidating English teams.

“The way they walked around and bullied England… Maybe it’s our time to do a bit of bullying ourselves,” Prior said.

“If we prepare and perform as we want to, there’s no reason why we shouldn’t dominate Australia in these two Ashes series.

“You look at our dressing room and the skills we have in our team — batters, bowlers, the spin department, it’s all there.”

Australia has recently lost Ricky Pointing and Mike Hussey to retirement, and will be going into the Ashes with a relatively new team.

The Aussies dominance in international Test cricket has wavered in recent years, although a strong performance in the recent Sri Lanka series resulted in Australia taking out all three tests.

Australia will have a good chance to put their young players through their paces when they face a strong Indian side in an upcoming tour on the sub-continent, before they head to the UK.

The Aussie skipper Michael Clarke has been in blistering form recently, with two double centuries against an in form South African bowling line up, as well as a century against Sri Lanka, and will be a big obstacle for England to overcome.

England is keen to take the fight to Australia and employ the same tactics and pressure made famous by the Australians in years gone by.

“There’s more to it than the odd sledge here and there,” Prior said.

“There are other ways of letting guys know they are under pressure or it’s a big occasion.

“There are ways of creating an intensity out on the pitch, like the way we hustle around, the way our bowlers put the ball in the right area all day long.”

The first of the two series will be held in the UK this summer. Trent Bridge will be the first to ground to hosts the Test, starting on 10 of July.