ITCHY FEET | Summer is over and so it is back to bratwurst and steins for our intrepid travel columnist Liv Hambrett. And while she may still be pining for the Santorini sun, life in Deutschland is pretty good too. 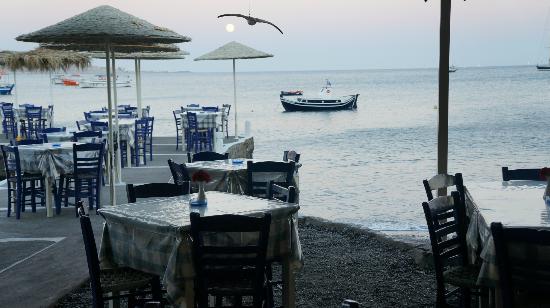 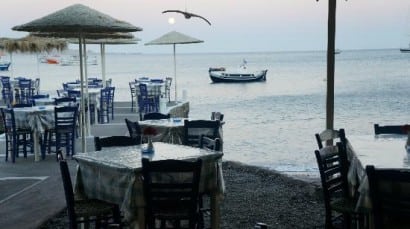 BACK in Germany, I’ve spent the past week gazing out the window, narrow of eye, and loudly tutting, ‘this isn’t summer.’ I’ve also been eating chocolate and revelling in clean, well maintained footpaths and the overall feeling of calm that pervades my days here in Germany’s northwest, a seeming consequence of the country’s general competence.

As I’ve written about before, during my studies and my travels, I have repeatedly been drawn to both Germany and Greece, two gloriously different countries. Considering they share a continent, a currency and a union, they could not be more culturally, socially and politically opposed if they tried.  Which would be all very well and not particularly worth a mention if their relationship wasn’t the current poster-child for ‘European Economic Bust Ups and Bail Outs’. They have found themselves in a highly significant, rather enmeshed relationship, the consequences of which are many and far-reaching. Both for themselves and for the union to which they belong.

Over the past fourteen months or so I have divided my time between Greece and Germany and have therefore spent some time considering the inhabitants. And because I am equally drawn to both countries and both peoples for reasons too numerous to mention, I have spent further time comparing the inhabitants. And because one country is so damned efficient and the other so damned not, I have spent a touch more time wondering what it is about these disparate peoples, that mean their countries, collectively, function as they do.

Rich, volatile histories – belonging to both countries – the passage of time and the complex nature of the evolution of cultures aside, I believe it may be highly possible that it all comes down to one simple word. A word which differs not in definition for the Greeks and the Germans, but in interpretation. In practice.

The word is tomorrow

Greeks do everything tomorrow. It is one of the most important words to learn when spending any amount of time in the country, because it is a word you’ll hear with great frequency. Shall we finish putting the roof on the house? Avrio. Can you call the bank? Avrio. The bank won’t be open tomorrow. Avrio. You see, the best thing about tomorrow is, it’s always there.

Germans, however, do everything today. If it’s more effective, efficient and economical, they’ll do it yesterday. Germans love the sense, the beauty in the simple causality of completing each task that comes and moving onwards and upwards. It’s obvious. It’s logical. It works. Why would you do it any other way?

So then one must consider why, in Greece, there’s the overwhelming desire to do everything tomorrow. Again, history and cultural evolution aside, I’m going to go out on a limb and say it’s because today is so good. The sun’s out, it’s lovely and warm – too hot to work one might argue – and so why not save the worrying for tomorrow.

Whereas even if there are times of the year when the Germans have a Greek day and throw their pashminas to the wind and go and enjoy the weather, there simply aren’t enough sunny days in succession, or for sizeable blocks of time, for such an action to have an impact. Sooner or later, the weather ceases to be an adequate enough distraction to cheat on efficiency. And, let’s be honest – the Germans don’t want to cheat on efficiency. Given their position as one of Europe’s great economic powers, it has served them rather well.

Almost, they may argue at this point in the proceedings, a little too well.