On a whistle-stop tour of the main cities of Scandinavia, KIEL EGGING sorts his myths from his must-sees. He discovers some surprising similarities between the main sights of Norway, Denmark and Sweden.

by Kiel Egging
in Travel 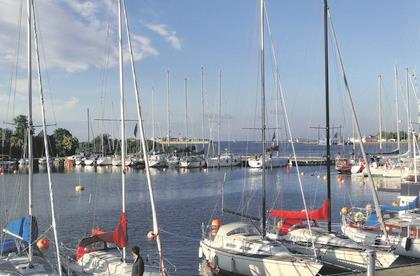 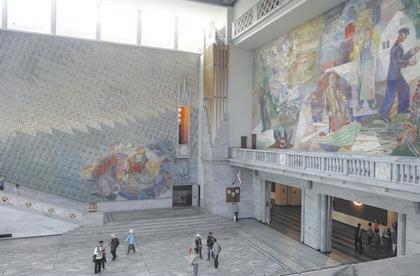 Ahhh, Scandinavia — a region which contains more than just pretty people and pretty scenery. There’s Princess Mary, Aqua and Lego (Denmark). There’s Ikea, meatballs and ABBA (Sweden). And… well, I think I saw a death metal band from Norway at Soundwave one year.

They were most of the fun facts I knew about Scandinavian countries before I jumped on a TopDeck trip through the region (with some time in Berlin to kick it off) in late May and early June. However, as I journeyed through each capital city — Copenhagen, Stockholm and Oslo — I found out there was not only more to the region, but the countries also share a few other interesting similarities when it comes to their ‘attractions’ as well. 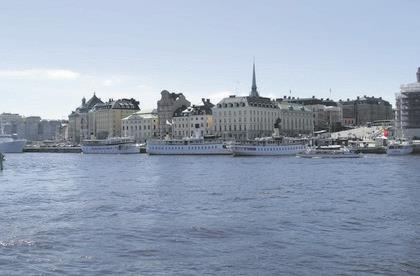 If there’s one thing the Scandis have in common when it comes to key attractions, it’s their bucket loads of museums – most of which dive into their deep national histories and contain various treasures and artefacts.

In fact, in Stockholm and Oslo, there are dedicated museums for massive ships which they’ve salvaged and maintained. Stockholm has the mega-impressive Vasa Museum, which houses the warship of the same name. It sailed only 1300m on its one and only voyage in 1628.

Meanwhile, Oslo has two within a short distance of each other. The first is the Viking Museum — which has three famous ships and artefacts which were found in Viking tombs around the city’s fjord.

The second is the Fram Polar Ship museum, which houses the world’s most famous polar vessel and contains loads of information on the explorers who used it on expeditions discovering the Arctic and Antarctic regions. Unlike the other museums, at Fram you can climb onto the deck of the ship itself and also take a look in the cabins, lounges, cargo hold and engine room below. 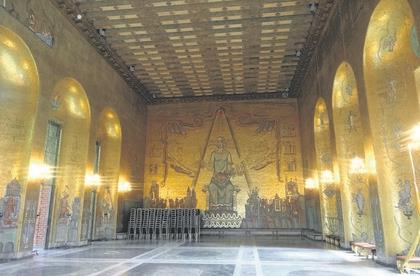 After getting off the ferry and clocking up our first few kms in each country, we were treated to tunes from each country’s popular music exports.

A double shot of Aqua pleased my inner 10-year-old upon entry to Denmark, A-Ha’s ‘Take On Me’ led to high notes on the road through Norway, and ABBA’s ‘Waterloo’ was blasted in Sweden.

More surprisingly, for a region with a big Europop history, there were a few points of interest in Scandanavia linked to a band with a much heavier sound — Metallica. Lars Ulrich’s drumkit from the band’s 1996 world tour is proudly displayed at the Hard Rock Café in Copenhagen, while less than an hour after entering Sweden we showed our horns of respect at former bass player Cliff Burton’s memorial site in DÃ¶rarp. 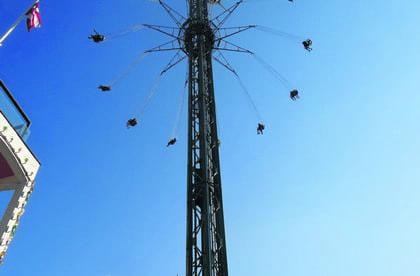 They each have a pretty steep entry fee (and additional costs for extras inside), but Copenhagen and Stockholm both have a giant, unique, family-friendly theme-park-like attraction in their city.

Stockholm has the world’s first ‘open air museum’ — Skansen. It was founded in 1891 to showcase Swedish life through the ages. I personally think it’s more of a zoo with added goodies though — wild Nordic animals such as moose, bears, wolves, elks and reindeer are all there, along with historic farmsteads, gift shops and a very tasty bakery.

Meanwhile, Copenhagen has the Tivoli Gardens, another attraction well over a century and a half old. It is noted as the place which inspired Walt Disney to create Disneyland after he visited there with his wife on holidays.

It is indeed a very happy place with lots of options — you can take your time chilling out in the gardens, go watch one of the live performances around the park or splash out on some rides. If you don’t get dizzy, I highly recommend going on the Sky Flyer. At 80m high in the air, a friend and I zoomed around in circles and got a great aerial view of Copenhagen in the process.

All three cities offer cruises in their surrounding waterways, and if you have an hour or so to kill, they are pretty good value for money as well.

While I didn’t go for a ride in Oslo, a group of us had a pleasant ride around Copenhagen in a glass-topped boat (handy as the rain came surging down). In Stockholm, a ticket for the hop-on, hop off shuttle ferry lasts 24 hours, gives you free wi-fi on board, and stops near plenty of the city’s main attractions. 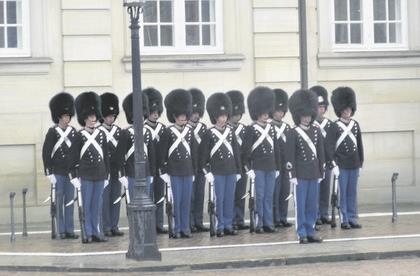 Changing Of The Guard

If you convert your Aussie Dollars (or Pounds as well for that matter) into Krones, you’ll find you won’t get a great amount of bang for your buck. But, if you are looking for a wallet-friendly option and are into all things royal — all three countries hold a free daily ‘Changing Of The Guard’ ceremony at the royal residences in the late morning.

There’s not a lot to it, but you do get to see a whole lot of decked-out sentries swivel a few guns, march around and do a few routines. And, it’s a good opportunity to get an obligatory silly photo and try to divert their attention while they’re in the sentry huts.

The Scandis also take great pride in their town halls, which contain some pretty snazzy interiors and can be sampled via guided tours (for a relatively small cost). In Stockholm we went through a Parliament Chamber and a room covered in golden walls, amongst other areas.

I also went for a free gander (not a guided tour) inside the Oslo Town Hall, which is filled with great artwork and is also the location for the Nobel Peace Prize award ceremony every year. The museum dedicated to said award — located just across the road — is also well worth a peak at if you are a fan. It hosts an interactive indoor garden which replaces flowers with iPads containing profiles on all the past winners.