THE PEOPLE of Wales sing, in their national anthem ‘Land of My Fathers’, of their love for the land as opposed to a king or queen, and as someone of Welsh lineage I’ve travelled around as much of the country as possible to bond with my heritage and that sense of allegiance.

However I never fully made the connection until I beheld for the first time the majestic landscape of Snowdonia, the verdant national park encompassing a vast sweep of land in the country’s north west.

It’s a region not only of great historical import, where the last indigenous Prince of Wales reigned, but of geographic significance, housing the eponymous highest mountain in England and Wales. And it was this monolithic massif that I chose to tackle first during my visit, wanting to strike it off my life list with a sense of urgency.

The great thing about Snowdon is that it isn’t too difficult to climb – at an elevation of 1085 metres it takes a few hours to scale, using one of its easier routes (I opted for the ‘Pyg Track’), however there’s also a Mountain Railway option if your time or inclination is limited. Either way, the views at the summit are pretty epic if you’ve picked a clear day for it, stretching across the Irish Sea to the Emerald Isle of Ireland.

Back down at ground level it was time to explore a few of the region’s atmospheric old villages and settlements, including the petite coastal town of Porthmadog at which I was based for the weekend, in the homely Royal Sportsman Hotel. And then there’s the unforgettable Italianate other-world around the corner that is Portmeirion, the only place in the UK that looks like a village you’d find in the mountains of Italy. In warm weather and after a few drinks it’s very easy to forget where you actually are. At the other end of the aesthetic spectrum, the former mining centre of Blaenau Ffestiniog represents an interesting duality in the heart of Snowdonia: a town surrounded by slate waste heaps, visually at odds with the rest of the national park, yet offering such an impressive range of adventure activities that thousands of thrillseekers are attracted here all year round.

The first activity I try is mountain biking down those valley slopes, with a dedicated centre for the pursuit (‘Antur Stiniog’) providing everything you could need for a day’s action-cycling: bikes, protective equipment, a full motorised uplift service and expert tutors to teach you best practice when tackling the five rugged tracks, ranging from blue runs for novices and double blacks for the more hardcore advanced rider.

One thing you can’t fail to notice while tearing down them is people flying past overhead, attached to some of the longest zip wires on the continent, including officially the longest. If you don’t fancy jumping out of a plane, the ‘Zip World’ attraction here is your next best bet, offering high-speed descents over the town’s huge former mining pits . 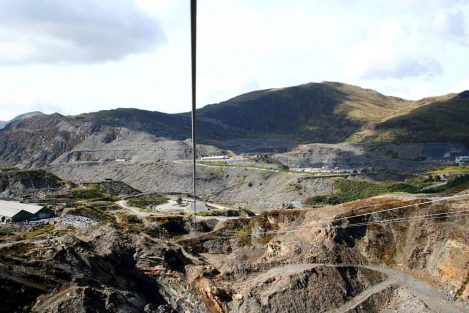 And if you ever wanted to experience life as one of the miners who used to labour here 100 years ago (like my own grandfather), the regular Victorian mine tours take you deep into the belly of the slate mountains to observe the dark, damp chambers where it all took place before the industry declined and collapsed.

These says it’s all about fun here now, and it doesn’t get much more entertaining than the ‘Bounce Below’ installation housed in one of the Llechwedd caverns – the biggest subterranean trampoline network in the world, where you can leap yourself silly in a fantastical setting that wouldn’t look out of place in Mordor in Lord of the Rings.

However, for those looking for more placid ways of spending the weekend than zip-wiring or giant trampolines, you can’t get much better walking territory than the plethora of valleys, lakes and mountains lying within Snowdonia’s borders. 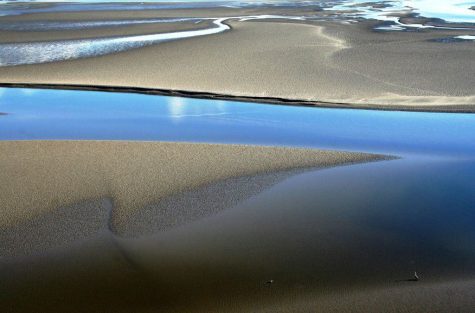 For anyone more interested in history and heritage there are a clutch of historic towns dotted around the national park, each with its own distinctive bygone character – Harlech, with its medieval castle overlooking the Irish Sea, is a perfect example.

And anyone with a predilection for watersports, just to return to the active sphere, is well served by attractions like the ‘Surf Snowdonia’ giant wave machine in Conwy Valley, plus the home of white water rafting and kayaking in the UK – the National White Water Centre – where the River Tryweryn’s levels are dam-controlled so its rollercoaster rapids still thunder throughout the summer.

No matter where your procilivities lie, from the adventurous to the more serene, there is simply so much to do in Snowdonia that one weekend stay would never suffice, which makes its accessibility – only a couple of hours from London by train – even more of an advantage.

As my journey to the top of Snowdon was partially obscured by low-lying cloud on the day of my climb, I’ll be returning at the next available opportunity just to get up there again for a truly unspoilt view. That alone will always be worth the revisit.

New for 2016: Snowdonia Pass discount card giving you access to exclusive discounts at shops, restaurants, attractions and accommodation across the national park. Buy online or at Tourist Information Centres throughout the area. Only £5 for up to a year. www.snowdoniapass.co.uk