Piss and Chips in Brussels, Belgium

TRAVEL WRITER ENTRY | Only two hours from London and SEAN BRYAN found himself waking up in Brussels. He walks and talks us through 48 hours in the capital, the delights of ‘frites’ and seeking out street art. 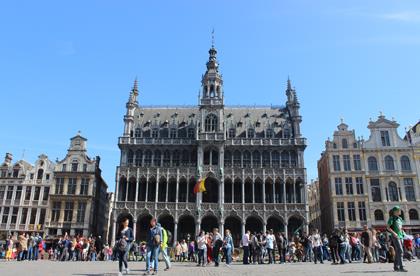 The best thing about relocating to London is the moment you find yourself with some spare time, it’s quite easy to suddenly find yourself waking up in another country.

In all honesty I’d never really heard of Brussels before, and I knew very little about Belgium. Sure I’d seen In Bruges and eaten Belgian chocolate and waffles, but I also had no idea they spoke French, Dutch and German and were the inventors of the french fry. With this new knowledge, a cheap Eurostar ticket and a two day weekend up my sleeve I headed for Brussels, capital of Belgium, and de facto capital of the EU.

The Eurostar journey was smooth and pleasant, and in just over two hours I found myself in a completely new country. I decided to walk from Brussels midi station to my accommodation and immediately got slightly lost in an area that looked a little dodgy. It wasn’t long before I was back on track and right in the heart of the historic city. 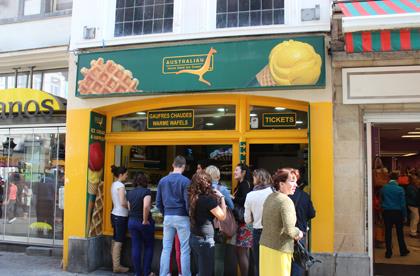 My first stop was the Grand Place, a city square bordered by magnificent architecture of various different styles, including the imposing GothicTown Hall. The nearby area has all the cliche Brussels things you could want — from chocolates to lace stores. I couldn’t resist the opportunity to try my first truly Belgian waffles from ‘Australian Home Made Ice-Cream’ — a vendor that can be found across the city. They even have kangaroos on their napkins.

I made my way to find Brussels major attraction next, the Manneken Pis, or ‘The Pissing Boy’, a small fountain depicting (you guessed it) a boy peeing. It wasn’t far from the Grand Place and could be easily found by the large group of tourists taking photos at the site, despite the fact it’s not much bigger than thirty centimeters tall. Throughout the year the locals dress him up in all sorts of different costumes, however I saw him in his traditional state. A surfeit of street art

There’s a fantastic array of street art in throughout the city, from the large scale murals that celebrate some of the most popular Belgian comics including Tintin and The Smurfs, to lots of works by sticker artists plastered all over street signs. The local map I picked up in the Grand Place even had a marked tour of the mural locations as well as a walking guide to the Art Nouveau architecture you’ll find in the upper part of the city — also a must see. Closer to the Grand Place is also the Old England building which now houses a musical instrument museum. It’s also an Art Nouveau delight.

One of the greatest things I found about the city was that it was so easy to walk everywhere. On my second day I wound my way from the historic lower half all the way up to the modern upper half, a walk that only took a couple of hours as a round trip. The upper part of the city is home to the EU parliament in shiny, big, glass buildings and a number of gorgeous parks.

But you can’t come to Brussels without trying the national snack; Frites! As a chip lover I knew I was in for a treat. Frite stores can sell a whole lot of different foods to have with your chips including salads and burgers, but I went traditional and just got a cone of golden potato goodness.

You also have a choice from a stunning selection of sauces with crazy outlandish names. I settled on Maffia Sauce, it was slightly spicy and went really well with the fries, and I washed it all down with another must have; some Belgian beer. There are Frite stores all over the city, many with very witty names and cartoon chip logos, my favourite was a Fry peeing like the Manneken Pis.

Brussels, even if it is a little obsessed with piss and chips, is the perfect city for a quick weekender away from the hustle and bustle of life in London, it’s easy to get to and get around plus there’s plenty to see and eat.

On that note don’t forget to pick up your Belgian chocolate Pissing Boys at the train station on the way home. 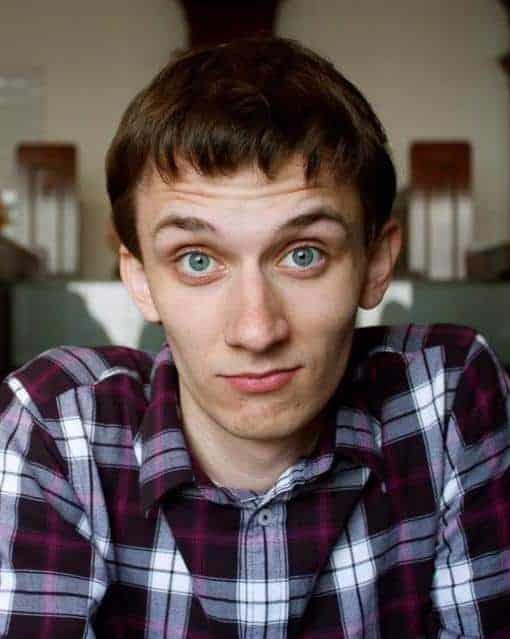 Sean Bryan entered our Great Travel Writer competition for May. Submit your entries for July now!