New York City: My favourite drug in the world

New York is a shot of adrenaline – when used sparingly and in small quantities, it lifts you to heights rarely achieved.

by Walter Jackson
in Travel

My first ever entry into the USA was a short one-day layover in Miami from London to Tegucigalpa – Honduras. Everyone spoke Spanish, the place wasn’t as clean and shiny as I’d expected and the magic of seeing the USA for the first time was ruined.

America made such a bad first impression that I changed my return flight to stop over in New York City. I even booked a last minute special in the Waldorf Astoria hotel to ensure I got the best this city had to offer.

What a difference between first and second impressions! From the moment we landed at JFK I knew this would be different. The ground was slightly dusted with the beginnings of snow like icing on the cake I was about to devour.

We arrived in January on the weekend before Obama was inaugurated as the 44th President. It was on the same day that a plane crashed into the Hudson River with no significant injuries. The place was buzzing with palpable “feel good vibes”.

I checked into my decadent suite in the world renowned Waldorf on Park Avenue, with a straight line view down the Helmsley and MetLife buildings. Beyond, around, ‘inside’ and above me was the greatest city in the world.

Miracle on the Hudson

You instantly feel absolute overawed by the sheer size, proximity and scale of the skyscrapers in this mega-metropolis. It reminded why Spiderman would only be useful in this city. In London, he would have to take a cab everywhere and in Johannesburg, he’d be just another crazy person in a mask. However, here in this place of wonder, he became the amazing Spiderman.

I thought then that (just like Peter Parker’s exposure to radioactive material), New York makes a few people extraordinary, but for most it can be a dangerous toxin that brings loneliness or dementia.

Everything you beed for a camper van getaway

I immediately knew I would never want to live here. It would be too exhausting and this place would slowly suffocate my (congenital) African connection with nature. It would be much better to treat this place as a shot of adrenaline – when used sparingly and in small quantities, it lifts you to heights rarely achieved, but used in excess it nullifies it’s very purpose and actually blunts the senses. 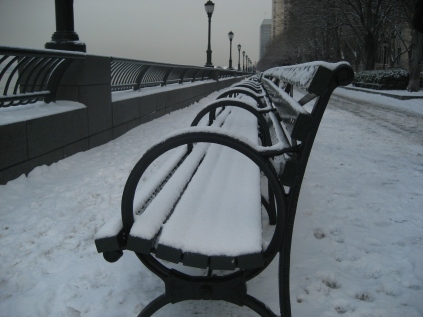 It was with this ‘tweaker’ attitude that I set out to make the most of my four days in this city with a list of all the ‘rushes’ I was going to get. I was not disappointed. Between the helicopter, bus and ferry tours, I forced in some authentic flânerie through side streets and people watching in Central Park. I sucked in some of what this city had to offer and I was completely addicted.

The neighbourhoods, museums, bridges and buildings made me feel like I was walking through a movie set. Everything felt familiar, yet strangely larger than expected. I got the sense that I could visit every year for the rest of my life and experience something new every time.

I also felt that the experience was so surreal that I found it difficult to accurately repeat it to friends. Like an actual substance-induced high or a dream after you wake up, you’re never quite convinced about what actually happened and what your overstimulated brain added afterwards.

You have so many ‘memories’ of New York – from books, songs, other people’s stories and movies, that the line between fairytale, superhero movie, dream and reality is blurred. Somehow, your story of what happened to you on the subway had the faint odour of a Seinfeld sketch, while you feel almost convinced that a story Rachel told Ross actually happened to you in Central Park.

It is this uncertainty that has brought me back to this city on so many occasions and I will continue to seek my New York fix until this enigmatic city finally blunts my senses. Only then will I stop.