Mexico – more than meets the eye

While a high percentage of visitors to Mexico will explore the bars of Cancun, the beach in front of their hotel and possibly a day trip to some ruins, other travellers experience one of the most stunning, historical and culturally rich nations on the planet. RAQUEL MESSI took the plunge.

by Raquel Messi
in Travel 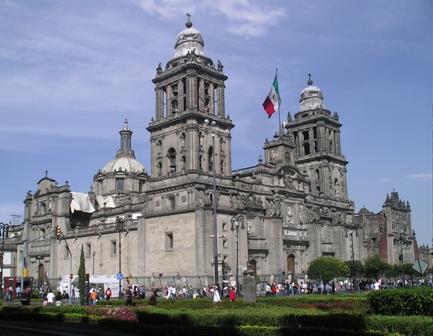 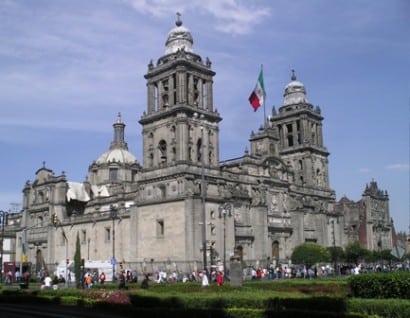 THERE are certain rules when embarking on a true Mexican experience — take a little bit of Spanish, a lot of patience and a stomach of steel.

While Mexico is a veritable travelling feast, there are a few places I suggest you avoid, starting with Acapulco. Yes it has the history but overall the town has been spoilt by cheap all-inclusive resorts popular with the Latin American package holidays.  There’s also no need to bother with Cancun, as this is Acapulco on a WHOLE other level.  For Cancun, there’s little redemption other than the international airport offering a vital gateway to the Caribbean coast where there are plenty of alternative cool hideaways.  Finally, steer clear of Ixtapa on the Pacific coast. It’s not as well known as the other big two but is very popular with American holiday makers and there is little offered here except hotels.

Mexico in a City
But let’s not dwell on the negatives as there is so much more of Mexico to see! The capital is always the best place to start your trip and very few global capitals offer a real taste of the country as well as Mexico City.  Don’t let size put you off, there is nothing scary about this city and it is genuinely easy to find your way around using the metro. And if taking a taxi seems like a better option, be warned, it probably won’t be any quicker as the traffic in this city baffles!

There’s three key areas in Mexico City that are just waiting to be explored. Get your walking shoes on and get out there.

Centro Historico — you can spend a day wandering around the streets here, visiting the cathedral, the national palace with the Diego Riviera murals, eating the street food and visiting the Bellas Artes palace.  It has the glorious vibe of a local city, the likes of which you’ll possibly only find hidden in Madrid or Buenos Aires.

Polanco — starting off here in the ‘Mayfair’ of Mexico City, this is really the coolest part of town. You may feel a little out of place in traditional ‘backpacker gear’ surrounded by Louis Vuitton wielding ladies who lunch but live it up.  The Chapultepec Park is here as well as the world famous Anthropology museum.

Coyoacan — this arty and boutique suburb was home to Frida Kahlo and Diego Riviera during their turbulent relationship and was also the last home of the formidable Leon Trotsky. During his time here the aging Bolshevik embarked on an affair with Frida before he was assassinated in 1940.  Obviously this particular museum requires a specific interest in dead Russian communists (for the record, I spent hours here).

If you do have time, head to Teotihuacan — the ‘pyramids’ of Mexico! About an hour out of the city it gets extremely hot and there is little shelter but is well worth the effort. Make sure you leave a full day in order to do this, as public transport could take longer at times. 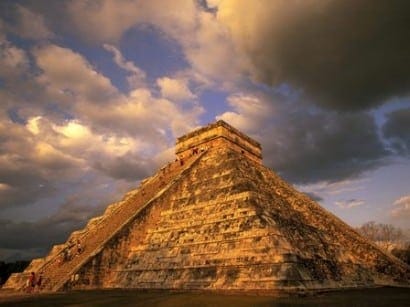 Let Shawshank guide the way
From Mexico City there are many routes which can be taken…too many to fit into this piece…so I suggest you head up north to the Copper Canyon and explore the rural Mexico coupled with one of the largest canyons in the world (longer and deeper than the Grand Canyon in fact). Or you can head to Baja California for desert safaris, surfing and whale watching (November — March). Better yet, head straight to Chiapas and see Mayan ruins growing out of the jungle at Palenque and the stunning colonial town of San Cristobal de las Casas. In Mexico, the options are endless…

My route was decided based on the following reasoning…in the movie Shawshank Redemption, Andy Dufresne escapes to Zihuatanejo, therefore it is a must visit for any SR fan. It wasn’t until I got there that I found out the final scene of the movie, on the long white sandy beach, was actually filmed in the Florida Keys…but I was not disappointed for long! Zihuatanejo is an adorable, quaint fishing village which has some of the best street food I experienced in the whole of Mexico.  There are beaches you can walk to or grab one of the local fishermen to take you snorkelling to playas that can only be reached by boat.  I left having not found Andy Dufresne but having found a little bay of loveliness I am sure to return to.

Escondido will swallow you whole
From Zihuatanejo two buses overnight will get you to Puerto Escondido — the perfect beachside backpacker hangout…seriously!

There are nine beaches to choose from, plenty of budget accommodation and lots of seafood restaurants dotted along the shore selling the freshest fish with a Mexican twist.  But beware of the Mezcal! This famed Mexican cactus tequila, offered to drag you into the bars in the evening, is evil and should never be consumed by any self-respecting person!

In Puerto Escondido it is easy to lose track of time. Of my three week Mexican adventure, I was swallowed up here for a whole week. Not that I am complaining and I sincerely recommend getting up early enough to head off with the fishermen. It’s one of the best starts to any day and you may just see dolphins and sea turtles as well as catching your lunch.  The Oaxaca coast has one of the least spoilt stretches in the country and eco-tourism is extremely popular here…as is naturism so there a few beaches to be avoided (or frequented depending on your preference). 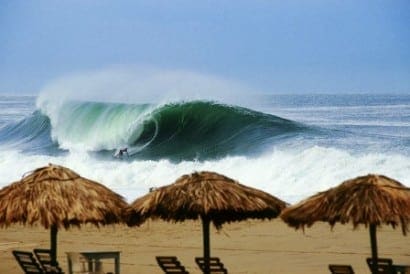 Try the mole…it’s amazing
If you have any time remaining, head to Oaxaca City a mere six hours by minivan or 11 hours by bus, (not even worth questioning).  A jewel of a city, Mexico’s answer to Peru’s Cusco, the colonial architecture and cobbled streets make you feel so comfortable you’ll want to grab a poncho or sombrero and siesta the afternoon away. Obviously visiting the local markets is a must when anywhere in Latin America and Oaxaca offers some delicacies which are too hard to resist (fried crickets not included). Oaxaca cheese is amazing, especially eaten with ‘mole’, a chilli chocolate savoury sauce which is simply divine!  During your time here you can visit a big tree, indigenous villages and Monte Alban, the ancient city of the Zapotec people.

So why don’t you make like Speedy Gonzalez and ‘andale, andale, arriba, arriba’ your way to Mexico, a nation of dreams.