London has rated poorly when it comes to friendliness, cleanliness and ease of getting around, a worldwide survey has shown.

by Alex Ivett
in Travel 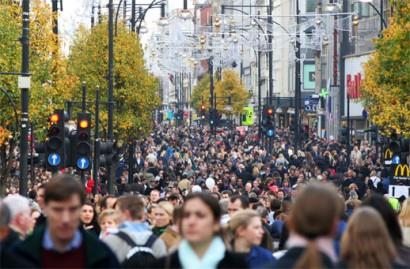 A SURVEY of 75,000 respondents by the world’s largest travel site Tripadvisor has revealed London has failed to make the top ten in most categories included in the study, including friendliness of locals, cleanliness, value for money and shopping.

The Cities Survey looked at how travellers and locals view 40 key tourist cities around the world, with London coming up against big hitters like New York, Dubai and Bangkok.

Despite the added revamp from this year’s Diamond Jubilee and 2012 Olympics, London failed to impress when it came to cleanliness of streets category, coming 26th. Tokyo took out the top place.

“While London hasn’t ranked particularly highly by those that have reviewed the city this year, it’s important to remember that many of the respondents may have experienced London before major changes were made or post the events of the summer,” commented TripAdvisor spokesperson, Emma Shaw.

European destinations such as Zurich and Vienna were considered easy cities to get around, ranking first and second respectively in this category. London came in 17th, with its public transport system ranking 15th.

As for value for money, respondents voted it 35th, despite having numerous free museums, parks and attractions. Portugal’s Lisbon took out first place followed by Budapest and Bangkok.

However, respondents still voted London the fourth best city for shopping. New York predictably was crowned the queen of retail, with Bangkok runner up and Dubai taking third place.

Nonetheless, the popularity of London as one of the most visited cities in the world remains said TripAdvisor spokesman, Emma Shaw. This year London was voted the best city in the world in the 2012 TripAdvisor Travellers Choice Awards.

“This study perhaps proves that even a great city isn’t going to be perfect in every way,” she concluded.