Three little Lego characters travel the world and make a stop in the land Down Under where they photograph some of the country’s most recognisable destinations. 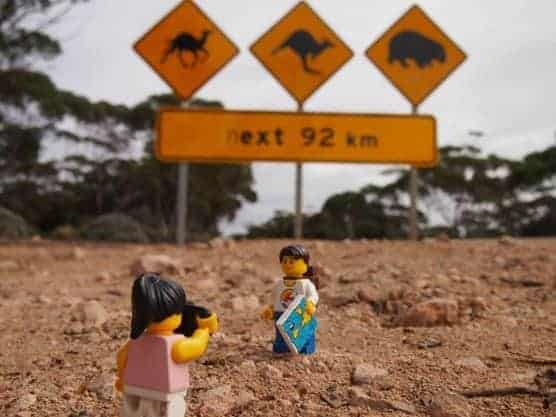 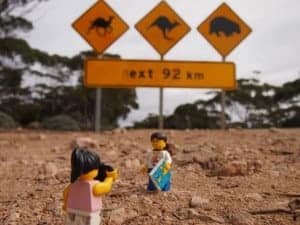 On his Facebook page the ‘Lego Tourist’ says, “Lego Tourist’s mission is to travel the world seeking out places and people who do not feature in the guide books. This page will become a selection of stories from travellers and tourists who have had the pleasure of the Lego Tourist’s company.” 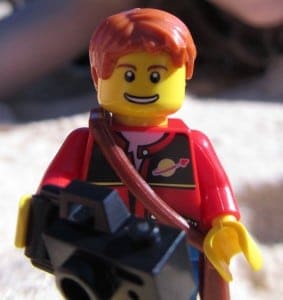 Having visited several other countries, the Lego tourists originally hails from London’s Regent Street.  The little jetsetter is equipped with a camera and stylish man bag.

Lego Tourist’s Facebook page says the idea is simple. All you have to do is photograph Mr Tourist while on your world travels and post his pic on his Facebook page. 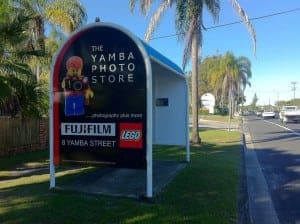 But the Lego Tourist is not the only ‘yella fella’ admiring the Australian scenes through the lens of his camera.  A good looking yellow couple from Scotland known as the Lego Travellers have recently shared their Australian holiday pics on their Facebook too.

Lindsey Haggerty, who lives in the UK and is represented by the cute yellow girlfriend in the pics, told Australian Times, “It began at the end of 2012 when Craig McCartney (her fiancé), discovered his old Lego collection in his mum’s attic, while clearing it out.”

“During this time, he was thinking of things to get me for my 30th birthday and he came across a little Lego camera.  This gave him some inspiration!  We like to travel as much as we can and whenever we visit a new city or go somewhere on holiday, I always have the camera for taking pictures and Craig carries the map and a bag with all our things.  So he made two Lego minifigures to represent us – Lego me with the miniature camera and Lego Craig with the map and rucksack!  And that was the first gift he gave me in Paris for my 30th birthday (the trip to Paris was also quite a nice gift, as well as the Lego!)

“We’re in Perth at the moment, having travelled from the east coast, which is only really one half of the trip.  We plan to travel up to the Northern Territory when we leave here, round to Darwin, down to Uluru, then back across to Queensland before we leave in October.  Lego will be with us all the way of course, so hopefully our fans will follow the next part of the journey!”

The Lego Travellers said on their Facebook page, “At the moment we are travelling Australia and love taking pictures of lots of interesting and amazing places.” 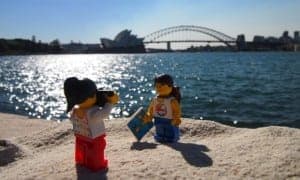 Lego Travellers: Taking in the awesome sights on Sydney Harbour with the iconic Opera House and bridge in the background. 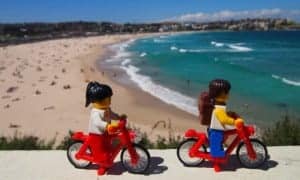 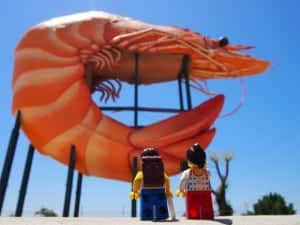 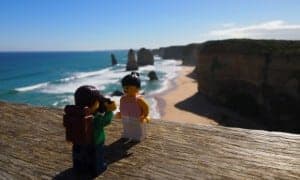 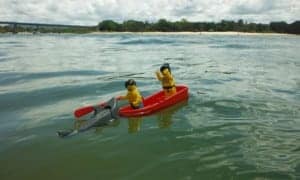 Lego Travellers: The statistically unlikely event of a shark attack befalls our travellers in Currumbin, Queensland. 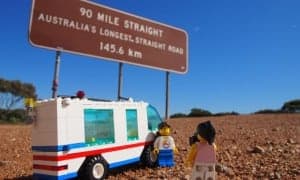 Lego Travellers: Ready for a road trip on the Nullarbor plain, Western Australia. 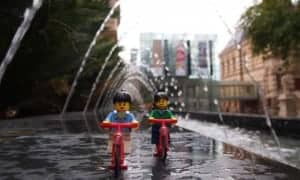