I'm cruising up the Amazon River in Brazil for the same reason most people do: to escape. I'm fleeing reality…

by Duff Watkins
in Travel

All my sports teams lost, too. Plus, I just lost my goddam cell phone in a taxi before boarding this cruise ship to Brazil.

“There’s no problem so big, it can’t be run away from” said Linus to Snoopy. 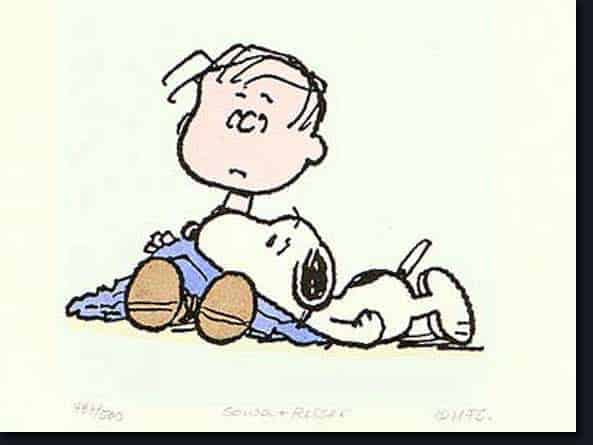 When you escape, escape good.  Like up a river

It’s not like I’m on a raft dodging blow darts from angry natives onshore.  They’d have to huff and puff pretty hard to hit me on an upper deck of a Cunard ocean liner.  (“Pleasuring with a vengeance” Mark Twain called cruising). In fact, I’m aboard the largest ship ever to sail up the Amazon River. I’m running away but I’m making history.

I thought I was on the Amazon River but it turned out I was in denial. Actually, I’m wallowing in both the Amazon and denial. History is just one damn fact after another but must we acquiesce?

Wending upriver for 6 days lands us in Manaus, Brazil (population 4.2m) to attend a concert at the Manaus Opera House. Built in 1896, over 12 years, of pink stone from Italy, it is homage to opulence, funded by rubber plantation money.  It’s a cosy, neo-classical theatre set in a rain forest. Mozart meets Tarzan.

After the concert, the ship turns, reverses course, and heads back.  But to what?  “Civilization is a movement and not a condition, a voyage and not a harbor,” said historian Arnold Toynbee. But to where?

Alien in the New World

The trouble is this new world is alien to me.  Call me jaded, but I prefer a world where words mean things, where facts exist and alt-facts don’t, where politicians dissemble occasionally not habitually, where ignorance isn’t revered and people aren’t duped gleefully; where critical thinking is essential and not superfluous.

Label me antiquated, but I remain fond of truth, justice and the Australian/American way.

Tag me as out-of-touch, but I like it when ‘fair go’ and ‘fair deal’ aren’t phrases, they’re policies. I may be old-fashioned but democratic ideals aren’t.

Apparently, my time has passed. So, I retreat up the Amazon.

Alas, there’s no real escape.  Reality stalks us. Cracks in the foundation of one’s life are hard to repair but however distasteful this world, we must return.

Of different origins, colours, and cultures

But not before experiencing The Meeting of the Waters, the hydraulic junction where two independent minded rivers (Rio Negro and Rio Solimões) collide, maintain irreconcilable differences for 6k (3.7m), until, persuaded by churning eddies, marry and become one.  This happy union produces the Amazon River.

That’s the lesson:  you can’t maintain irreconcilable differences forever, not on this planet. They tried though.

At first the two rivers refuse to mix, segregated by differences in temperature, speed, pH level, and water density:

Stick in your hand, feel for yourself:

The contrast is so stark you can see it from space. Yet they meet, merge, and form something mighty.

River meets river, river meets ocean. Freshwater meets salt; land meets sea. On and on, over and over, overcoming differences each time.

We’re the same: of different origins, colours, and cultures.  We flow at different speeds, with different composition, at different political temperatures. Yet eventually we blend into a body politic.

It takes both a confluence and obstacles to create an Amazon River. It’s probably the same for us.  It’s the obstacles that merge us. That’s a political analogy I can live with. It’s one I can live by.

By the way, Amazonian time is marked in days, as in ‘it’s 10 days up river.’ Minutes are meaningless; hours are hollow.

Thinking Amazonian is a good habit to form

Look at the big picture, take a grand view, pursue the long run, think big. Flow on, don’t stagnate. Let obstacles transform you into something bigger and better.

Funny thing about the Amazon River, it has no bridges. People rely on each other to ferry them across to the other side. Guess we’ll have to learn to do that too.

Also see one of his LinkedIn blogs: Headhunter Confessions:  How the Job Market Really Works