Don’t worry, be happy as MICHAEL MCCORMICK gives you everything you need to know to navigate, and celebrate one of the beautiful cities in the world.

by Michael McCormick
in Travel 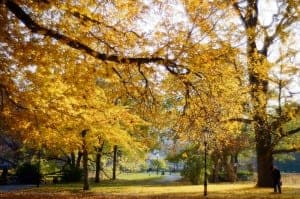 WHAT if you could combine classical music, amazing architecture, shopping galore, and a schnitzel in the one trip? If this sounds like your kind of holiday look no further than Vienna.

The Habsburgs, who ruled over most of Europe for many centuries, called Vienna home and they liked to make their presence known, felt, and remembered.

Vienna homes a few palaces which associate themselves with this famous bloodline, but none more popular than the Imperial Palace from which the Habsburg’s Empire was ruled.

Nowadays one of the cities main attractions, the Vienna Boys’ Choir can be heard during High Mass on Sunday in the Gothic Imperial Chapel, deep within the Palace’s walls.

If, like me, you’re a history buff, the uniquely Viennese exhibit at the Third Man Museum will whet your appetite nicely. You get a real sense of the gritty underbelly of Vienna in the years immediately following World War II, as portrayed in the film of the same name.

The museum features photographs, artifacts, and original scripts from the film, which was a huge box office success of its time, and starred Orson Welles, The film created great controversy when it was screened in Vienna, and was shut down after only a short run. This being the case, the museum was unable to gain government funding and is privately owned, allowing it to maintain its historical accuracy. It opens for the public between 2-6pm every Saturday, or you can book a private group tour throughout the week. 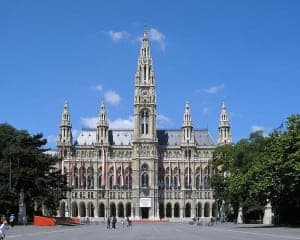 While the Third Man museum shows the alternative Vienna most locals would like to keep buried, there are plenty of other museums they love to boast about. One in particular is the Kunsthistorisches Museum.

Sometimes referred to as the Museum of Fine Art, the Kunsthistorisches collection was officially opened by Franz Joseph I, the Emperor of Austria-Hungary, around
1891. Since then it has undergone numerous restorations but the magnificent architecture from its inception remains.

It is centrally located on the Ringstrabe – which roughly translates to Ring Road – and can be easily accessed via the Ring Tram, which will also take you around the city and to all of the other noteworthy sites.

Most of the major attractions are within walking distance but if you’re not keen on walking all day, there are plenty of alternatives.

The train system in Vienna is quite simple. The main lines you will catch are the S-Bahn and the U-Bahn, however if you are staying in the city, most tourist destinations are within a half hour walk. 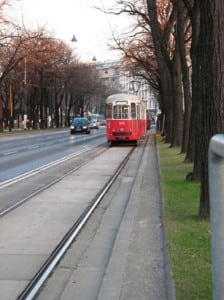 Public transport is convenient and relatively affordable however, and if you were there only for a weekend trip, it would be the better option. A single ticket on any train, tram or bus costs 2 Euros. If you feel you need to take public transport four or more times in 24 hours, a day pass would be your best option. This will set you back around 7 Euros, but is well worth it to get you between the expansive city attractions quickly.

Wherever you are located it’s quite easy to find your way to the city centre by train. Stephansplatz is a station in the heart of the city and as well as being the shopping district, from here you can walk to most of Vienna’s famed museums.

A short train ride will land you in Westbanhof – the backpackers district and train hub leading on to various local, national and international destinations.

This gritty, alternative part of Vienna contrasts the elaborate architecture just a short distance away nicely. It is also where you’ll find a lot of cheap bars and clubs, and plenty of expats as well.

Try the pub-crawl, which leaves from one of the backpacker’s bars and takes you to a lot of the popular and not so popular party venues around the neighbourhood. Expect a lot of cheap drinks and a very sore head the next morning.

Getting out of Vienna

When the time comes to finally move on with your Euro trip, you have a couple of options which will get you to where you need to be. The bus and train system from Westbanhof is easy and quite cheap compared to other major European cities. The airport bus costs eight euros, which is a bit pricey in comparison to the train, which will get you there in slightly less comfort, but for half the price.

If you decide against flying, trains also leave from Westbanhof to many other European destinations such as Munich and Salzburg. Until recently, there was only one main provider of trains to these and other destinations however there is now competition from private companies which means cheaper fares for travellers.

I recommend a day trip to Salzburg on the Westbahn train for almost half the price of the main train service. For only 50 Euros return you can enjoy comfortable seats, air-conditioning or heating (depending on the season), and Wi-Fi the whole way in these brand new state of the art trains.

Once in Salzburg, it’s a very easy 15-20 minute walk to the old town, which is the main attraction. While you’re there, you can fit in the Sound of Music tour and check out Mozart’s birthplace, and be back to Vienna in time for a schnitzel dinner, followed of course by a pub-crawl.