Frankfurt my dear, you should give a damn

Our resident Aussie in the heart of Deutschland, Liv Hambrett, impresses upon us why it would be a crime to miss 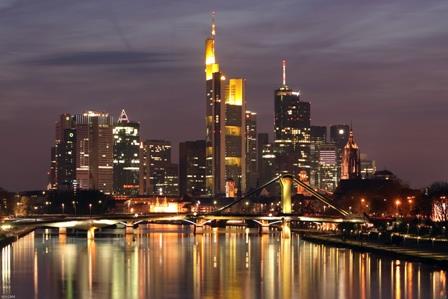 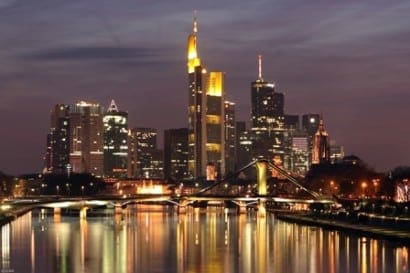 LARGELY because Germany has cities like Berlin, Munich, Hamburg and Dresden, and partly because a city must at the very least possess a several medieval churches and a smattering of architectural classics to be considered a decent one, Frankfurt, with its gleaming metal landscape gets a something of a cold shoulder from the Germans. It also doesn’t often feature on the must-see lists of the tourists – after all, it also doesn’t have Oktoberfest, nor the remnants of a rather famous wall.  Most people fly into Frankfurt, then take the next train straight on out. But I think the least ‘German’ of the German cities, aesthetically speaking, has a little something of its own to offer.

As Germany’s economic heart, Frankfurt has a long association with some of the country’s most important decisions and pivotal moments. It also enjoys a position as one of Germany’s more cultural cities with theatre, opera and museums galore, plus the yearly, world renowned International Book Fair. Only fitting, after all, for the city that produced Goethe and the first printing press.

If you do find yourself in Frankfurt, the country’s most international city, there are some things to keep in mind whilst getting lost amongst the busy suits that keep Germany’s economy ticking – things that may assist in developing an overall appreciation for this city of apple wine and Frankfurters. The people, not the sausage.

Frankfurt is Old
Don’t let its big, shiny buildings fool you. Frankfurt is one old city with serious history. Whilst evidence of Paleolithic activity has been found, first settlements can be dated to the Roman era. Whilst the Roman era came to an end, it seems what we know as Frankfurt today continued a steady growth, developing, by the 9th century AD into a political and religious axis. By the 16th century, Frankfurt’s cultural scene was booming, with the nearby Mainz having developed the first printing press and the city now playing host to, of course, the country’s most important book fair. By the 1800s, Frankfurt was Germany’s political centre and in the 1900s, despite losing the title of West Germany’s capital to Bonn, joined Munich and Berlin to form a West German financial and cultural triumvirate.

Frankfurt is a True Economic Hub
As the home of the Deutsche Bundesbank, the European Central Bank and the Frankfurt Stock Exchange – the second largest in Europe, after London – Frankfurt is not only pulsing with Germany’s financial blood, but also Europe’s. Its workforce of 2.88 million people produce an annual GDP of 200.5 billion euro, making it one of the top European cities for international companies – and one of the wealthiest. As a side note, Frankfurt isn’t a cheap city to enjoy a beer in and is home to the second most expensive shopping street in Germany.

But There’s So Much More Than Money
There’s also the beautiful Old Opera House, the Frankfurt Opera House, the hugely symbolic St Paul’s Church, the site of the first democratically elected parliament in Germany, St Bartholomew’s Cathedral, around 60 galleries and museums and the charming medieval Roemerberg – the city’s Rathaus, city hall, for 600 years. 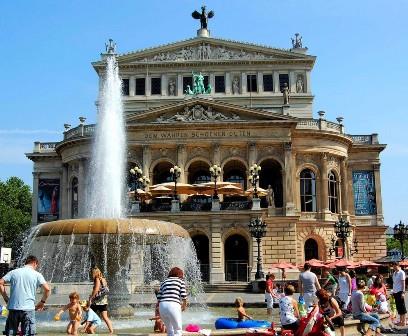 Frankfurt Loves a Fair
The Frankfurt Book Fair, Internationale Automobile Outselling and the Ambiente (consumer goods fair) are all the largest of their kind in the world and are all held in Frankfurt. Depending on when you visit the city, you can catch the action, most likely at Frankfurt’s exhibition centre, the third largest of its kind in the world.

Frankfurt has Germany’s Only Skyline … in fact it has one of Europe’s Only Skylines
Perhaps this isn’t a huge selling point for most – after all, who goes to Germany for a skyline, there’s New York for that. But it does mean Frankfurt, home to Europe’s two tallest skyscrapers – can be a refreshing change from its somewhat squatter city-brethren. Sometimes it’s rather nice to be amongst the hubbub of a bustling, truly international city.