Explore the southern coast of England to gain insight into earth’s ancient past: Jurassic Coast

When one thinks of England, a visit to Buckingham Palace, Tower Bridge and Saint Paul's Cathedral is usually what comes to mind.

by Chantelle Flores
in Travel 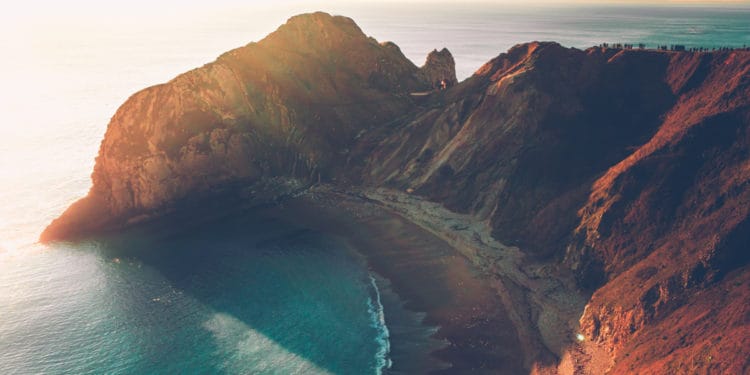 How about having a selfie taken in one of the bright red telephone boxes that adorn the city? All whilst you pretend to call a loved one. You move the selfie stick around in an effort to get the perfect shot with Big Ben in the distance.

Once done, you pull out your notebook and tick off each of your English bucket list attractions.

Granted, London is an absolute gem of a city with an abundance of iconic landmarks and activities on offer. Yet, it merely scratches the surface of what England is all about.

It’s like having a taste of the brim of the fabulous Yorkshire pudding. This small bite leaves you salivating, wanting more. You wonder what the gravy in the centre tastes like.

For such a small country, you would be surprised at how many other spectacular places you can visit. It is filled to the brim with historical sites, dramatic landscapes and quaint towns.

To illustrate, today we will be exploring one such place – The Jurassic Coast. A little over 200kms from the mother city, this 154km coastline will keep you in awe.

Discover Earth’s most ancient past by exploring the dramatic Jurassic Coast. This 154km coastline stretches from Exmouth in East Devon to Studland Bay in Dorset.

It is this part of Southern England that attracts millions of visitors each year. And rightfully so.

Not only is it England’s first UNESCO world heritage site, but also offers insight into Earth’s geological history.  Its rocks, cliffs and fossils tell a detailed story from 185 million years ago. A time when humans didn’t exist.

There is an abundance of fascinating landscapes to take in. Captivating arches and pinnacles protruding into the sea can be found along this stretch of coast. Each of them carved out by the forces of nature, eroding over time.

What’s more, this landscape has evolved dramatically over three occasions. Firstly, it was a desert during the Triassic period. Secondly, geological evidence suggests that it was part of a tropical sea during the Jurassic period. And thirdly, during the Cretaceous period, it was once covered by swamps. Fascinating right?

Feeling up to a little fossil treasure hunt? This is the place for it. Dinosaurs once roamed here and trace fossils (dinosaur footprints) can still be seen here.  Specifically, in the Purbeck limestone along the coast between Swanage and Lulworth and the edge of briny lagoons.

Lulworth makes a great base for exploring this part of the south coast.  This quaint little village draws thousands of travellers wanting to explore its beautiful bays, coves and landscapes.

It is the perfect place to visit in just about any season. More so, it is a nature-lovers paradise.

There are 100s of km worth of scenic walking trails waiting for you to explore it.

When you are finished, head to one of the villages many cafes. While you are there, try out the traditional Dorset ice cream unique to the area.

The visitor centre is also worth a visit. It offers all kinds of information about the coastline.

Specifically, check out the megalosaurus dinosaur footprint that is on display at the Visitor Centre. This 147 million-year-old meat-eating dinosaur was found near Swanage.

If you were to ask a local where the best spot along the coast is, almost always they will tell you it is Durdle Door. It’s a favourite in Dorset. Visit Britain even rated it as one of the top 10 natural wonders in the UK.

This world-famous rock arch is a geological masterpiece. It was formed 10 000 years ago by constant erosion and resembles the shape of a door. Interestingly, these millions of years ago it lay down horizontally on the seabed. The movement of the earth’s crust has pushed it into its near vertical position, today majestically standing in the sea. Its constant erosion contributes to its prettiness and uniqueness.

It separates the two shingle beaches of Durdle Door and the Man O’war beach.

These beaches can be reached by a short walk down a steep cliff that can be accessed just in front of the Durdle Door Holiday Park.

If you would like a more scenic walk start at Lulworth Cove and follow the aquamarine coastline. It is best to do it at low tide so you can appreciate the breathtaking vertical drops of the undulating cliffs.

Keep your eyes peeled for The Cow and the Bull. These semi-submerged rocks along the coast show the line of the reef that was once there.

Similarly,  Lulworth Cove has been formed 10 000 years ago. This pretty horseshoe-shaped cove with a white pebble beach is extremely important for its geology.

The smooth pebbles on the beach were once part of larger pieces of rock that have fallen from the cliff and become eroded and worn down by the sea. There are 5 different rock types but most of the pebbles are grey limestones and flint or white chalk. The best rock strata in Europe can be found here.

If you are visiting in the summer take a boat trip. You can enjoy the views of the coastline from a completely different perspective.

Have you ever visited a fossilised forest?

Now is your chance. The area around Lulworth Cove contains a fossilised forest that houses 71 different rock strata.

Fossilised ripple marks and desiccation cracks can be seen in the Purbeck Limestone. These show you where the ancient sea floor used to be.

Trees once grew here too, giving the name to the fossilised forest.

It disappeared 147 million years ago when it got swamped by an influx of water as the sea levels rose. Algae gathered around the rotting tree stumps which later became fossilised.

The fossilised remains of animals and plants living in this era are well preserved and provide a wealth of knowledge.

Love the images you see? They are all for sale as art pieces on the 51 Countries and Counting Travel platform. Click here for more information. Get me a shout out on Instagram.