Do you look forward to the restaurant more than the view?

If you plan your holidays based on where you can get the best tucker you are not alone says Tourism Australia. 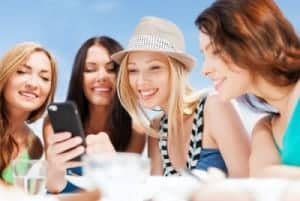 Tourism Australia’s chief marketing officer, Nick Baker says that according to feedback from world travellers, what’s on the menu is more interesting than what’s on the map.

Baker said that at the top of holiday maker’s list of requirements for a good holiday is food.  They want to go where they can find excellent restaurants and quaint wineries.

This seems to be supported by the fact that our Facebook, Twitter and Instagram feeds are mostly populated by pics of what our friends are grazing on rather than what they are gazing at.

“It’s become a very, very powerful motivator and it motivates people’s decisions on where they go on holiday. [Food and wine has] risen up dramatically in the last five years and it’s now almost equal with outstanding natural beauty which is known to be the number one trigger around the world for people to go to places,” he said.

“Sadly,” said Mr Baker, when Australian food enthusiasts rubbed their greasy little paws together expecting to rank amongst the world’s highest, “That’s when we had a cold shower moment. We don’t rate.”

Encouragingly though is that tourists whom have actually visited the land down under, rated Australia very high as a foodie’s ideal holiday destination, ranking it number one and number two in the world amongst France and Italy.

The organisation launched its new Restaurant Australia campaign last Wednesday in a committed attempt to get the country’s food and wine on the international tourist’s itinerary.

“Food and wine is a default for culture. Once you start establishing a culture through food and wine, it leads to the other institutions for which Canberra is famous,” added Baker.

ACT Tourism Minister Mr Barr said the food and wine such is in Canberra is one of the key pillars in any tourism marketing campaign.