Daring to dream in Drakensberg

Not one for following step-by-step guide books, CRAIG LEWIS explores Drakensberg in Southern Africa by getting to know the charming local residents, and risking it all in some action packed adventures. 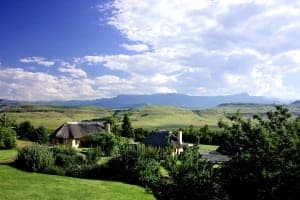 AS if unfurling the canvas of a painting, I draw the bedroom curtains back to be greeted by the sight of the early morning sunshine attractively illuminating the Amphitheatre escarpment, providing a view that is synonymous with the Drakensberg.

This mesmerising panorama marked the perfect start to a recent activity-filled weekend’s stay at Montusi Mountain Lodge, which is situated on a picturesque 1000 hectare estate in the Northern Drakensberg — a World Heritage site in KwaZulu-Natal.

While the lodge now forms part of a private conservation area, back in the early 1990s this prime piece of land had degenerated into a Wattle wasteland.

However, Montusi owners Ant and Jean Carte had a vision for conservation and recreation, and after purchasing the property in 1994, began a project to preserve this strategic water catchment area.

After several years of land rehabilitation and development, the Carte family were finally able to open Montusi Lodge in mid-2000, realising a dream to establish what Jean described as a “pristine wildlife area that could be enjoyed by the public and sustained by tourism”.

Just over three years ago, Eland — the iconic antelope of the Drakensberg Mountains – began to return to the Montusi valley, with their population numbers having quickly increased to over 100. 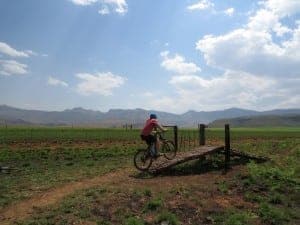 And soon after heading off on one of the many scenic mountain bike trails in the area, we were able to spot these massive, majestic animals making their way alongside a meandering stream.

Later in the day, we traded our mountain bikes for horseback, where we were able to enjoy the spectacular scenery from another vantage point, before ending our ride at a surprise venue.

At a secluded set-up in the bush, drinks and a picnic basket were waiting for us as we sat back and watched the sun go down over the surrounding mountain range.

As a family owned and run lodge, this proves to be just one of the many personal touches making Montusi so special, with Jean explaining two of their daughters, Catherine and Lindsay, have increasingly taken over the reins of running the lodge.

Their third daughter, Loretta, and her husband, Chris, run All Out Adventures, an adventure centre that is situated just a few kilometres from Montusi. 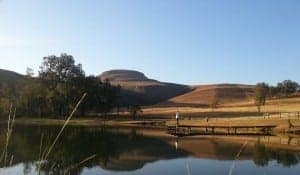 Offering seven different activities — from quad biking to zip lining – all at one venue, the nearby proximity of All Out Adventures is another trump card for the lodge.

We plucked up the courage to try the extreme cable tour, which allowed us to whiz through the treetops between seven forested platforms that were unnervingly high off the ground.

Yet by the end of our action-packed first day, we had worked up quite an appetite, and so it was a welcome treat to settle down for a wholesome four-course meal in Montusi’s intimate dining venue.

Montusi doesn’t propose to serve gourmet food, but the predominantly local cuisine is simple and hearty, with a perfectly cooked fillet steak proving to be an absolute dinner-time favourite.

After retiring to our quaint garden cottage, which is one of just 14 secluded suites on the property, it was easy to be lulled into a sense of serenity as the moonlight glinted off the silhouetted escarpments, while the silence was only broken by the chirps of a distant nightjar.

But no trip to the Drakensberg is quite complete without venturing off on a hike, and Montusi offers an array of walking trails that leave from the lodge, while there are countless other options in the surrounding area. 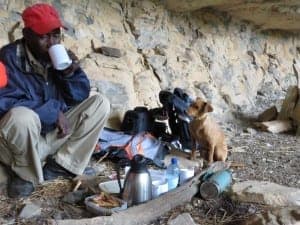 On the final day of our stay, we went on a hike to the ‘Waterfall Cave’ with charming local resident and long-serving Montusi employee, Shadrack, as well as his trusty canine companion, Joseph.

As we sat huddled in the depths of the cave, sipping on a warm cup of coffee, Shadrack engaged us in fascinating discussions that ranged from conservation to culture, to the meaning of true love, in what was a truly enchanting experience.

That afternoon, we rounded off our visit with a self-guided walk, watched closely by a curious troop of baboons as we made our way to Bushmen’s Cave to view the fascinating rock art that is so renowned in Southern Africa.

But before reluctantly departing for home, I sat down for a quick chat with the Montusi owners to find out what has led them to fall in love with the Drakensberg. 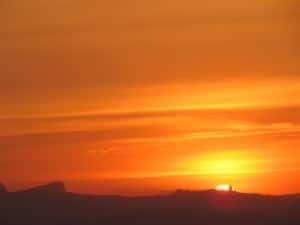 “The space, the wide open space, is just so special,” Ant said simply, while Jean made a point that resonated with me all the way back to Durban: “Sometimes I wish South Africans would see our country through the eyes of the international guests we get at Montusi. There is such beauty here, and we are just so privileged to be able to share a little part of that beauty with our visitors.”