Western France is a food and wine lover's ultimate adventure, laced with a juicy history.

‘Fair stands the wind for France’ is a line from literature, but it still holds true despite the disruption at Calais, the nearest point to England.

French destinations retain their allure, especially with the Euro weak, and there is an alternative route that is especially good for seeing Normandy and Brittany or else the long Atlantic coast down to the Spanish border. With some fine beaches facing the Bay of Biscay, it is full of history as well as the home of wine, cider, brandy and chocolate.

Crossing the English Channel by sea takes longer than going through the Eurotunnel, but it is still comfortable and certainly more reliable. Passengers without cars should take the train from London (Victoria) to Lewes, and change for Newhaven from where ferries sail twice daily to Dieppe.

Fast trains go via historic Rouen to Paris, but it is possible to travel south-west by road without touching the French metropolis. Turn right at Rouen for Le Mans, famous for three motor-races in summer, before continuing to Brittany’s former capital, Nantes, which boasts the mediaeval castle where its last duchess, Anne, was born. 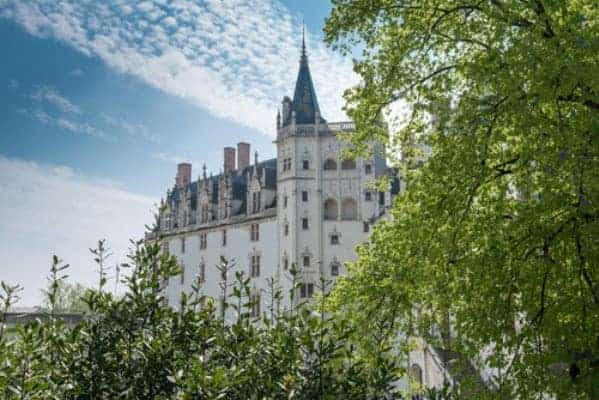 See too the house of Jules Verne, whose futuristic books were inspired by watching sailing ships at nearby Saint-Nazaire. This seaport was totally rebuilt after the Second World War, but there are memorials to the epic naval raid of 1942, and also worth seeing is the museum of oceanic travel – including migrants’ hulks to Australia – housed inside one of the massive submarine pens built by the Germans all along the Atlantic littoral.

It feels like being on the bridge or deck or such transatlantic liners as the locally built SS Normandie that made several of the fastest trans-Atlantic crossings during the nineteen-thirties. 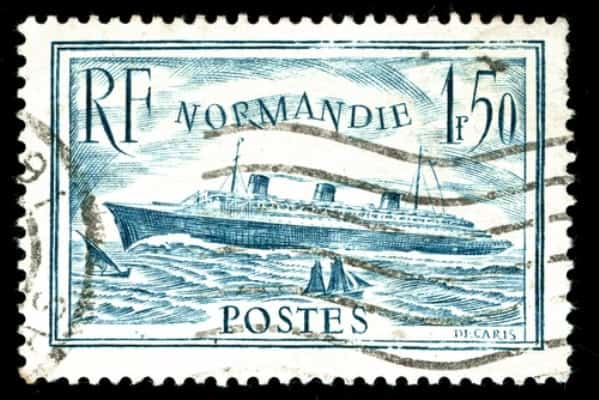 Mistinguett and other film-stars feature in the ship’s newspaper, and there are mouth-watering menus as well as a real bar. At least, have your fill of cider and pancakes, both savoury and sweet, before leaving Brittany for La Rochelle, lying only 202 kilometres to the south and just over halfway to Bordeaux.

La Rochelle became famous for two sieges, involving the English and Dutch, which decided the struggle between the Catholics and the Huguenots in France. Later, the port grew rich on carrying slaves from the Gulf of Guinea to the Caribbean, returning laden with sugar and molasses, but today’s harbour is full of yachts. 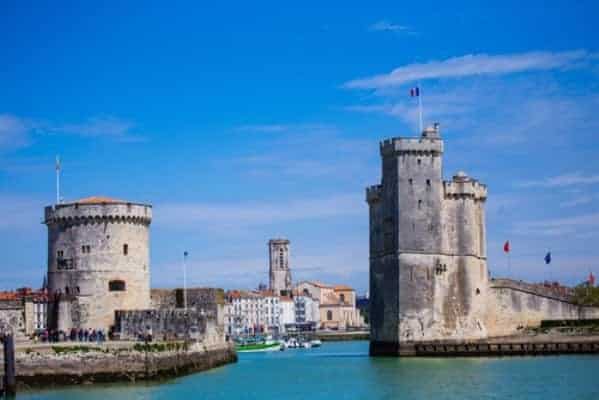 A bus from picturesque La Rochelle, which has nine museums, goes over an enormous bridge to the peaceful, sandy Isle of Rhe. Its landmark is one of Vauban’s famous fortresses, but such personalities as Princess Caroline of Monaco have made the island – which stretches 30 kilometres – a leading holiday-centre.

It is half an hour’s run from La Rochelle down to Rochefort that boasts the world’s largest collection of begonias as well as a naval museum and the bizarre home of Pierre Loti who wrote about Tahiti. Further south on the River Charente stands Cognac, a name synonymous with brandy. 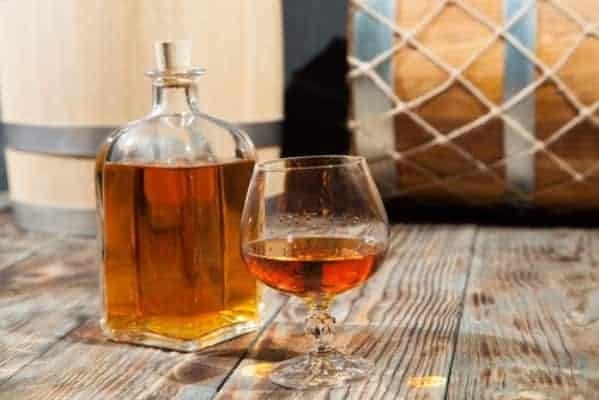 The most interesting of Cognac’s ten distilleries is Baron Otard, housed inside the birthplace of King Francis I who married the daughter of Duchess Anne. Otard was a Scotsman who bought Valois Castle in 1796 following the French Revolution, and its humid cellars now incorporate a museum with historical waxworks.

A further 139 kilometres to the south is Bordeaux, to which the French government fled from the invading Germans in 1870, 1914 and 1940. Long before reaching this port on the Gironde estuary, the traveller is in France’s greatest wine-region covering 256,296 hectares (it compares with Australia’s 169,968). There are guided excursions to the vineyards from Bordeaux itself, France’s most conservative city that produced the moderate but ill-fated Girondist party during the revolution. 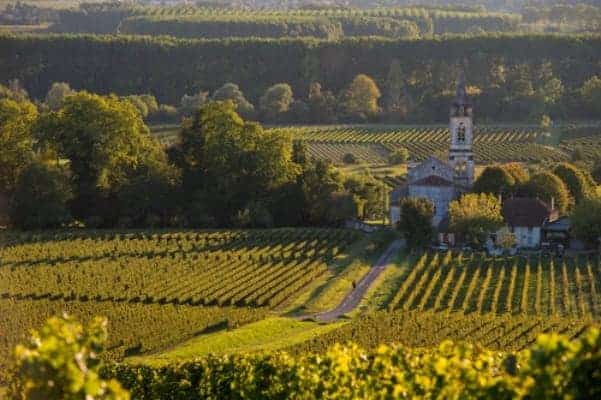 Bordeaux produces 57 types of wine – from Barsac to Sauternes – in 960 million bottles each year, so it is easy to see why only Paris (three hours away by express train) gets more visitors. An added attraction is the magnificent architecture from the eighteenth century when it was France’s main port, so 347 monuments are protected by UNESCO. Hitler ran merchantmen to Japan from here to exchange vital war supplies.

The southernmost Atlantic resort – perhaps the most elegant in France – is Biarritz.

It was made famous by Napoleon III and his Spanish wife, Eugenie, whose palace, overlooking a fine beach, is now the Imperial Hotel. British royalty and Russian aristocrats patronised Biarritz whose modern attractions include a chocolate museum and a gigantic aquarium as well as one of the world’s leading surfing competitions. 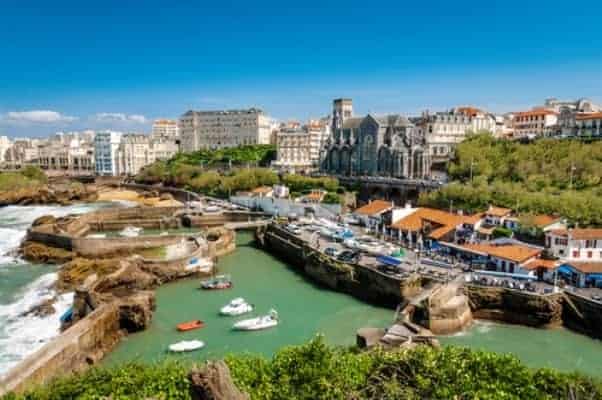 This is the beginning of the agricultural Basque country (ewes’ cheese, seafood, sausages) that straddles the Franco-Spanish border. There is a long beach at the last town, Hendaye, where the dictators of Germany and Spain met in 1940.

Getting there and around

At raileurope.com.au or uk.voyages-sncf.com various tickets and passes are available.