BBC Worldwide have confirmed the sale of Lonely Planet to a US media group owned by billionaire Brian Kelley for AUD$75 million (£51.5 million).

by Alex Ivett
in Travel 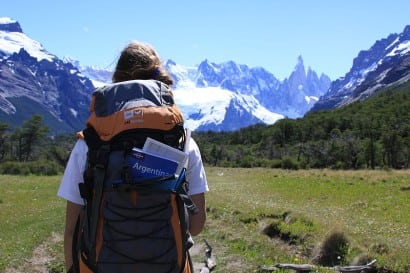 BBC Worldwide have confirmed the sale of Lonely Planet to a US media group owned by billionaire Brian Kelley for AUD$75 million (£51.5 million).

Founded in the 1970s by Melbournians Maureen and Tony Wheeler, the brand has become globally recognised for its distinctive blue guidebooks and travel literature. The company first passed hands to BBC Worldwide in part in 2007, with the BBC acquiring a 75% stake. It was then transferred in full in 2011.

The BBC reportedly paid a total of $210 million for the travel brand over the four year acquisition process. Under BBC Worldwide the business has struggled to make a continued impact in the global travel market.

“Lonely Planet’s financial performance has been impacted in recent years by the continued strength of the Australian dollar, the rapid consolidation of the publishing industry and a global recession which affected leisure travel,” said BBC Worldwide.

BBC Worldwide, BBC’s commercial arm, said they had been “exploring strategic options for Lonely Planet over the last year and was keen to find a new owner that could bring greater focus and capital to the business.”

The brand has now passed to Nashville-based NC2, a new digital media company owned by Brad Kelley. The Kentucky billionaire spent the 1990s selling discount cigarette brands like USA Gold, Bull Durham and Malibu, before selling the company for almost $1 billion in 2001. Kelley then moved into buying large areas of US land for conservationist purposes.

NC2 is run by Daniel Houghton and Michael Rosenblum, who are also principals of a small travel startup called OutwildTV which Kelley is an investor in. Outwild uses video to document the adventures of travel journalists, and their involvement could herald a new direction for Lonely Planet in the better use of audio and video mediums to promote their product.

A joint statement issued by BBC Worldwide and NC2 Media said “NC2 Media is a US based media company primarily engaged in the creation, acquisition and distribution of quality digital content and the development of the technologies that make this possible.”

“The challenge and promise before us is to marry the world’s greatest travel information and guidebook company with the limitless potential of 21st century digital technology,” said Houghton.

“If we can do this, and I believe we can, we can build a business that, while remaining true to the things that made Lonely Planet great in the past, promises to make it even greater in the future.”