by AAP
in Travel 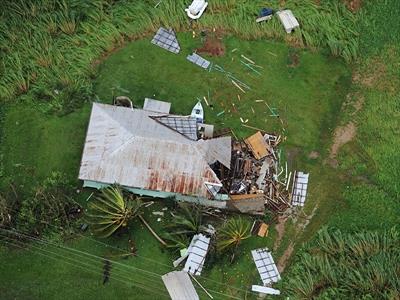 AUSTRALIANS are fond of talking about the “Aussie spirit” – a bond that leads them to help out their countrymen and women in difficult times.

Around cyclone-devastated north Queensland, however, the “spirit” has a distinctly international flavour.

For the past few months the charity BlazeAid – set up in the wake of the 2009 bushfires – has been helping farmers around Tully clean up debris and repair properties damaged by Cyclone Yasi, which tore through the region in February.

The charity typically relies on “grey nomad” volunteers to get its work done, but in the past few months international backpackers have been doing much of the heavy lifting.

Italian Claudio Maffei saw the destruction wrought by Yasi on television while staying in Melbourne earlier this year and decided to travel north to help.

After eight weeks of solid, hard work, he’s proud of his efforts.

“Sometimes it’s hard work, when you’re pushing big trees out of the way and it can be very hot outside,” he told AAP.

“But when you see the difference it makes … it is very good.”

The volunteer work will help Claudio secure a second visa to allow him to spend another year in Australia, but he could have achieved that working for a wage on banana farms.

BlazeAid coordinator Eugene Ross says he is impressed by the sacrifice made by the dozens of backpackers who have given their time to the project.

“Even though they get breakfast, lunch and dinner, to go three months without any income is tough on them.”

He said the charity, which finished its work in Tully on Friday, had helped restored more than 230 properties.

“I had a phone call from one chap and he said to me, `Thank you very much for giving me my property back.'”

“We’re giving people their lives back.”