The Great Barrier Reef and Uluru are getting less tourist attention and the Australian War Memorial is now named among the top 25 global tourist destinations. 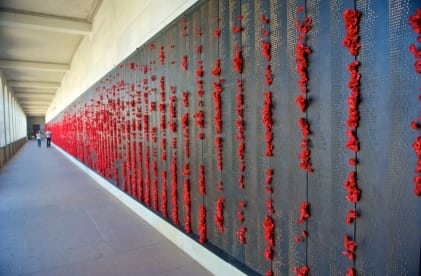 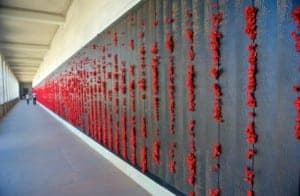 A new poll conducted by TripAdvisor has shown that the Australian War Memorial is receiving more visitors than the Australian landmarks that usually dominate the popularity polls.

The Australian War Memorial has overtaken the Great Barrier Reef, Uluru and the Sydney Opera House as ‘must see’ places not just in Australia but in the world.

Not only does the War Memorial outrank all other Australian tourist favourites but it has also kicked dust in the eyes of other world famous international landmarks including San Francisco’s Golden Gate Bridge and Christ the Redeemer in Rio de Janiero.

The Australian War Memorial has also climbed the ranks locally and is now, according to the TripAdviser poll, considered to be the best tourist destination in Australia.

“The Australian War Memorial is the most sincere place I have ever visited,” wrote one traveller on the TripAdvisor blog.

“The folly of war and the suffering are clearly there for all to see and it was heart-warming to see so many families coming to pay their respects and to educate their children about the bravery and the sacrifice of so many fellow countrymen and women so they can have the life they enjoy today,” wrote another traveller about the Australian War Memorial.

Australia was certainly one of the TripAdviser favourites with Sydney being listed as the 22nd best city in the world and a number of Australian beaches also making their mark.

Queensland’s Whitehaven Beach in the Whitsundays was vioted fifth best beach in the world this year, followed by Exmouth’s Turquoise Bay in 20 and Broome’s Cable Beach in 22.