Australians taking a bigger bite out of the Big Apple

Australians are flocking to the USA and in increasing numbers, with cities like Los Angeles and New York doubling in popularity with Aussie visitors. 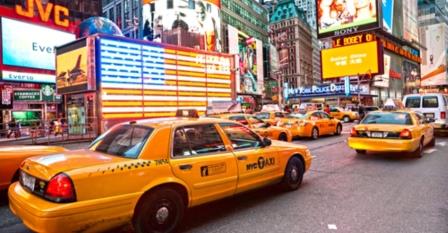 A growing number of Aussies have in the past five years traded their Vegemite sandwiches for New York-style street vendor hotdogs and bagels.

Statistics have shown that Australian arrivals in New York airports have almost doubled between 2008 and 2013.  This figure climbed from 336,000 arrivals to a staggering 619,000 in just five years.

And the US government foresees this trend continuing past 2019, with the US Government predicting at least a further 25% growth in these figures.

Brand USA, a tourism driven body similar to Australia Tourism, claims that since 2006 the number of Australians heading to the United States each year has more than doubled to 1.2 million.

Aussies are obviously craving the US experience and this has seen the country becoming one of America’s 10 largest tourism markets with Australian spending ranked at 8th of all tourist nations visiting the US.  In monetary terms, Australians now spend more than $US6 billion a year on travel to the US.

Jo Palmer, the Sydney-based representative of Brand USA, said: “There has been very rapid growth, it was very heavily spurred on in 2009 by the breaking of the [Qantas Airways and United Airlines] duopoly across the Pacific. In 2009 we had both Virgin and Delta enter the market. That sort of shook it all up. Then the exchange rate went through the roof. So all of the planets aligned and Australians started travelling more heavily over to the States.”

The star allure of Hollywood is calling Australians too with nearly half of the Australian travellers to the US arriving in Los Angeles International Airport in 2013.

Hawaii is certainly not left behind and has already established a loyal Australian following attracting 25% of Australian visitors to the US with plans to aggressively market the state to secure Australians return to their balmy beaches.

“The neighbour islands are fascinating places and they are very different visitor experiences than going to Oahu,” says Hawaiian Airlines chief executive Mark Dunkerley. “They are coming back and saying this time I went to the Big Island or Maui and it was great. And next year I’m going to Kauai. So we see that as a positive development.”

Jo Palmer added that according to Brand USA half of Australians travelling to the mainland and Hawaii are on their first trip to the US, with the remainder being repeat visitors. “Currently it is seen as a place that you go to for a big once in a lifetime holiday – possibly twice.”

“Our fun little catchline that we have here in the office is that our mission is to change Australians’ perception of the US from being a holiday of a lifetime to offering a lifetime of holidays.”