A trip to the beautiful Aran Islands off Galway, with their unique heritage, is a never to be forgotten experience.

It was my fourth attempt to catch a boat to Ireland’s Aran Islands since I’ve been in Galway. My first two attempts were washed out by storms – first of all Storm Ophelia and then Storm Brian. A third attempt failed when I couldn’t find the bus to the ferry as it wasn’t well sign posted.

Balmain boys don’t cry though, and I found it on the fourth attempt. So, on a gloriously sunny day I sailed from the small port of Rossaveal to Inishmore, largest of the three Aran Islands. 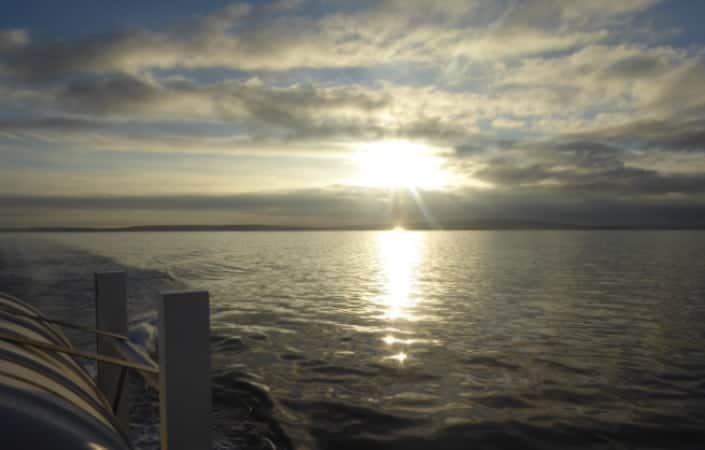 Note: the Aran Islands should not be confused with the Isle of Arran which is an island in the Firth of Clyde off the west coast of Scotland.

Rossaveal is about 24 miles west of Galway and from there the ferry takes just 45 minutes to cross to Kilronan, largest settlement on Inishmore. 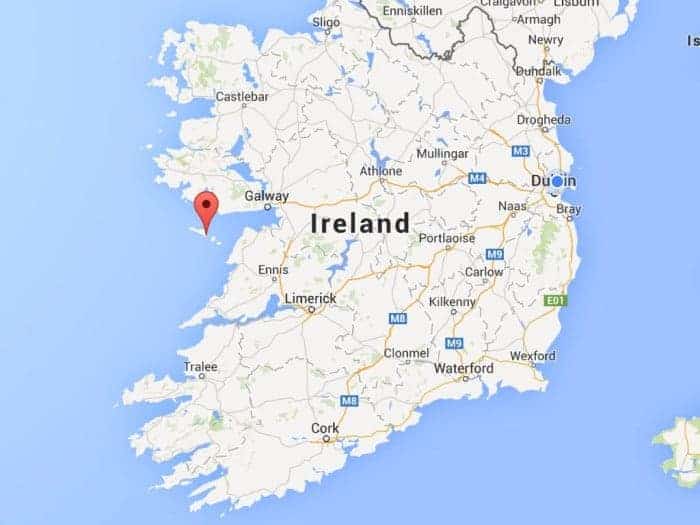 The Aran Islands have been inhabited for around 5,000 years and by 1100 B.C. during the Bronze Age the islanders had constructed Dún Aonghasa (Anglicised as Dun Aengus), the largest stone fort on the west coast of Ireland.

The climate is mild, wet and windy with snow and frost virtually unknown in winter. The landscape is barren with the thin soil built up over generations using seaweed and sand which even today is a paltry one foot deep. Trees do not grow well here, and the relatively poor soil meant that the islanders became adept at fishing to feed themselves. Interestingly, the terrible famine of the 1840s in the west of Ireland hurt the Aran islanders somewhat less than on the mainland of Galway because of their fishing skills.

Inishmore is about 13 miles long and 3 miles wide, the population peaked at around 2,300 in the 19th century though nowadays it is roughly one third of that.

Though today the islands are thoroughly modern with television, Internet and electricity they maintain their rich culture with no better example than the survival of the Irish language among old and young. Indeed, many students come to Aran to learn Gaelic. I managed to walk the one kilometre from the visitor centre to the Dún Aonghasa fort over a very rough, treacherous and slippery path. There was a fence along part of the way that I used as a handrail going up – actually, coming down was harder due to the slippery slope but I made it – feeling very relieved and very thirsty at the end.

The top of the climb affords spectacular views of the island from the 100-metre-high cliffs. You have to be careful as there is no barrier at the cliff edge – I ventured to not more than about four feet of the precipice since my days as a seagull are now largely behind me.

There are around 840 folk living on Inishmore. Inishmaan, the second biggest island in area, has about 150 residents while the smallest island, Inisheer, is home to around 260 souls.

Inishmore has few sheep or pigs but a good number of cattle and over 100 horses which are important during the tourist season. There are also several dozen Connemara ponies. Colonies of seals are a common sight as are puffins.

There are a number of modern hotels and bed and breakfasts on the islands with a very good tourist office. You can hire a bicycle cheaply – 10 Euros (AUD$15) – or get a guided tour in a minivan for 15 Euros (AUD$23).  There is also the option of going in a pony and trap – prices negotiable.

A trip to the beautiful Aran Islands with their unique heritage is a never to be forgotten experience.