72 hours in Berlin: a historical and cultural powerhouse

KRIS GRIFFITHS spends three days in Germany’s buzzing capital, experiencing the best of its arts, dining and leisure options as can be squeezed into one short break. A snapshot of a truly multidimensional city 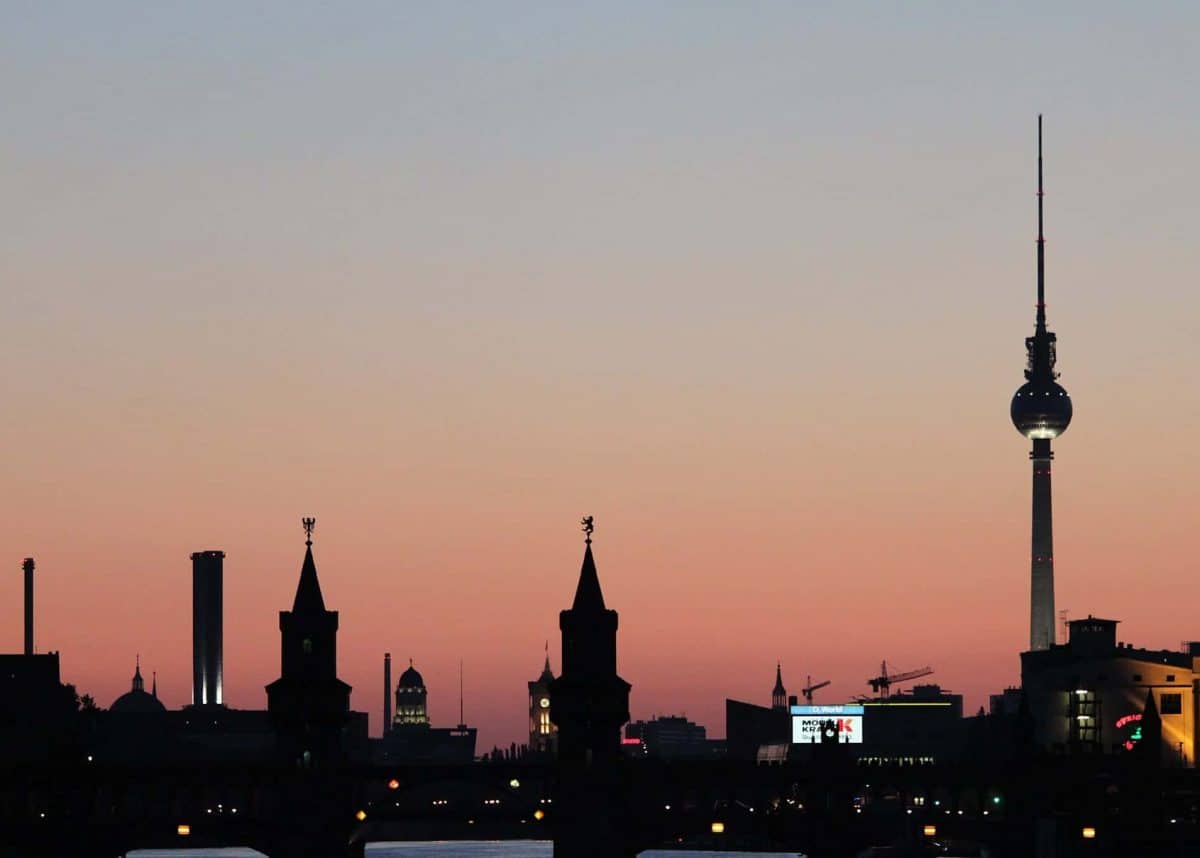 After a swift and painless journey on the S-Bahn from Schoenefeld Airport I arrive at Oriana, Berlin in the edgy east Kreuzberg district. It’s a stately boutique hotel housed in an art nouveau-style building, capturing inside the exclusive atmosphere of the jazz-age Oranienpalast Café which the venue famously once was, more than 100 years previously.

Back then it attracted the local cognoscenti for refined food, music and cabaret, and this bohemian spirit is revived today in its bookish furnishings and classical and jazz concerts by Berlin-based musicians in the salon lounge, with free entry for hotel guests.

My room – Suite #50 – is one of the most spacious I’ve ever stayed in, with a memorable view over the Kreuzberg square through panoramic windows – perfect for people-watching, morning or night.

Culture vultures will love it here. 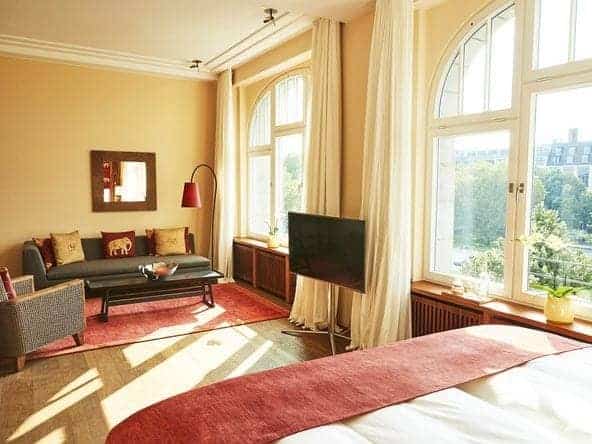 As Berlin is a city with such a troubled past I decide to spend my first day physically exploring that darker side of its history.

I first head straight to Brandenburg Gate, undoubtedly Berlin’s most famous landmark: a symbol of both the division of Germany into East and West during the Cold War and its ultimate reunification after the fall of the Berlin Wall.

Standing at the western end of the avenue Unter den Linden, the 200-year-old neoclassical building once attracted visitors to its observation platform in order to catch a glimpse of the world behind the Iron Curtain. Today you can find street entertainers among the throngs of tourists taking obligatory selfies (same as at ‘Checkpoint Charlie’ – the best-known Berlin Wall crossing point on Friedrichstraße.)

A short stroll away, a more sombre scene is set by the Memorial to the Murdered Jews of Europe, dedicated to the Jewish victims of the Nazi genocide of World War II. This monument comprises 2711 concrete blocks of different heights, which presents a striking yet sobering tableau on a large scale, evoking a graveyard for the unnamed masses.

If you’d like to take a closer look at the wicked ideology of the regime behind the Holocaust, the Topography of Terror museum near Potsdamer Platz is actually sited at what was once Hitler’s command centre between 1933 and 1945. It provides a grimly absorbing experience in a significant location. 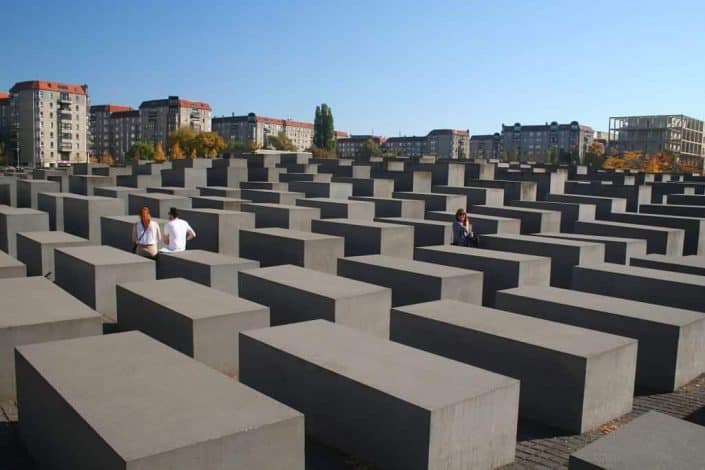 Memorial to the Murdered Jews of Europe (c) Kris Griffiths

For those more inclined towards art than political history, you would be hard pushed to find a city anywhere in the world that better caters to this scene, with artists from every sphere long attracted to Berlin’s creative hub.

From classics in the Alte Nationalgalerie (Old National Gallery) on Museum Island to more contemporary works at the Hamburger Bahnhof, it would require a whole week to spread yourself around the best of the city’s main galleries – I for one had time only to visit a couple of them during my fleeting few days.

First up, and close to the aforementioned historical attractions, is the Dali Museum on Potsdamer Platz which houses an assemblage of around 2,000 works by the surrealist artist, drawn from private collections around the world. These originals include paintings, sketches, sculptures and even film scenes.

To mix things up I then visited C/O Berlin: a mecca for new and classic photography, sited in a modernist building close to the Zoo Station complex. There I saw an engrossing exhibition by Nicholas Nixon: a series of black-and-white photos of his girlfriend and three sisters taken annually since 1975, charting the ladies’ physical maturity. I look forward to returning for another exhibition on next visit to the city if this is the standard. 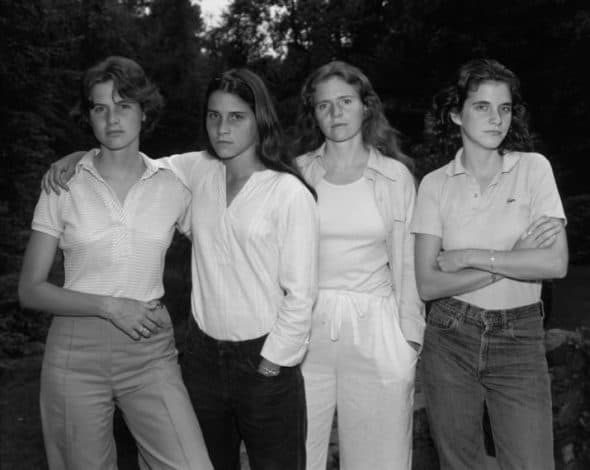 For my first evening dining option I decide to stick with a cultural theme and head to this restaurant located in the middle of the East End theatre district in Berlin Mitte (Albrechtstraße 8). Housed at the 100-year-old Hotel Albrechtshof, it has a quirky décor which blends traditional with contemporary, and a menu of creative dishes which combines local specialities with international influences. Importantly also it has a wine list which contains German wines, from the Brandenburg region surrounding the capital.

Our affable waiter explains how the restaurant is popular with the pre- and post- theatre crowd, and points out the venue’s courtyard hofgarden which provides an oasis of calm during Berlin’s more hot and hectic summertime. Again, I look forward to returning to re-experience the place in warmer temperatures. 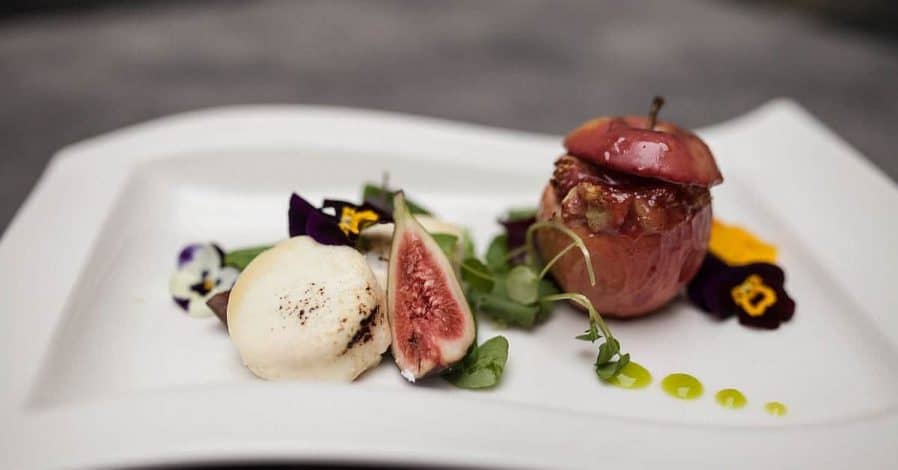 The next day I ascend the most visible landmark in Berlin, what is actually the highest building (386m) in Europe open to the general public.

The Fernsehturm was constructed in 1965-69 by the German Democratic Republic (GDR) government, intended to be both a symbol of Communist power and evidence that the GDR was building a ‘better future’.

Its lofty viewing platform gives you a spectacular 360-degree panorama across the entire city and beyond, while its popular revolving restaurant spins once around its axis every 60 minutes. After having my fill of the views I enjoy a traditional Berlin Boulette with potato salad in its highest bar, Bar 203, washed down with a Berliner Kindl beer. The highest non-aeroplane meal I’ve ever had.

Incidentally, back down on Alexanderplatz where the tower is located, I discover a huge protest taking place – tens of thousands of Berlinners marching against the rise of the far right. It is heartwarming to see such a peaceful and peace-promoting demonstration on this scale, especially after observing the country’s darker history in such detail the day before. (Tweeted this video) While I’m happy to have the option of classical and jazz performances in my hotel district, my preferred genre of music actually lies at the heavier end of the rock spectrum, so I’m delighted to discover a small festival called Headz Up Fest taking place in Friedrichshain – East Berlin’s edgier, punkier district.

The venue (‘Cassiopeia’) fittingly turns out to be a former industrial complex of dilapidated factory buildings, where stages are set for a showcase of alternative guitar bands from around the world. A few German bottled beers later (extremely cheap compared to London club prices!) and I’m enthusiastically rocking out to a Canadian metal outfit called Dead Quiet, a Danish psychedelic act named Red Lama, and finishing up with German stoner rock purveyors Kalamata. We could certainly do with more events of this kind back home. 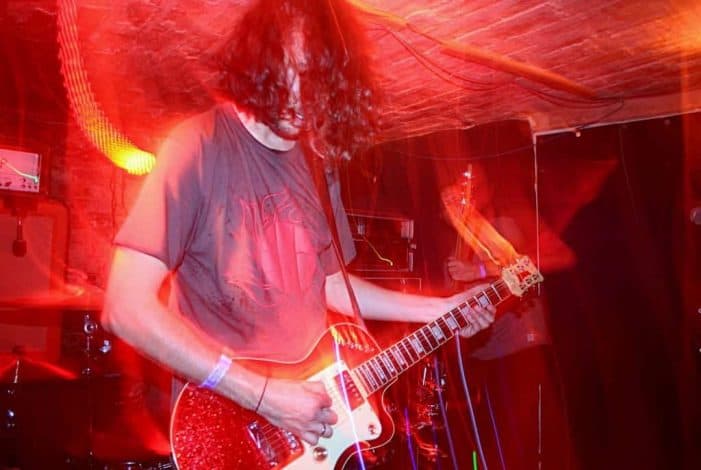 It’s time to check in to a new hotel, and they don’t come much more centrally located than the Radisson Blu in Berlin Mitte, directly on the bank of the River Spree between Alexanderplatz and Museum Island.

Not only are many of the city centre’s top attractions just a stroll away, including the TV Tower and DDR Museum pretty much on your doorstep, there is also an unexpected one right in the middle of the hotel lobby: the AquaDom, currently the world’s largest free-standing cylindrical aquarium. The towering centrepiece contains one million litres of seawater teeming with a variety of sea life, and certainly makes checking in a much more diverting experience than usual.

There are 427 rooms and suites here, and I’m lucky enough to have one directly overlooking the Berlin Cathedral on the other side of the Spree. Spa and fitness lovers are well served, with a 24-hour fitness room, pool, Finnish sauna, and a range of treatments on offer. It’s also a proper business hub, with an impressive 2,740 square metres of event space.

You certainly never get bored of gazing at that giant aquarium whenever you walk through the lobby or use the glass elevator; checking out was particularly bittersweet. 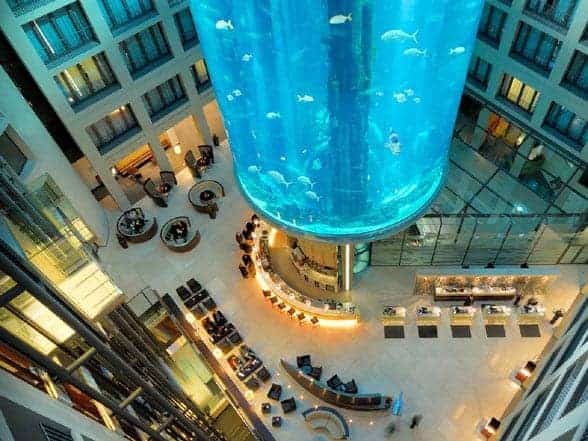 When I said that the DDR Museum is on the doorstep, I wasn’t lying. You literally just step out of the hotel’s revolving doors and it’s there. And for anyone interested in what daily life was like in the communist German Democratic Republic, this place certainly pulls back the iron curtain on it.

You can sit down in a 1970s East German living room replete with retro wallpaper, get behind the wheel of the iconic Trabi car for a simulated drive through East Berlin, and learn all about how Stasi surveillance techniques helped the Soviet state spy on millions of ordinary citizens. 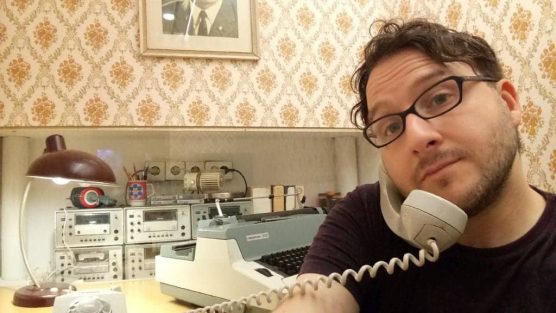 For my final afternoon I head to the Prenzlauer Berg district for what has evolved to become one of the city’s biggest tourist draws.

What was once known as the ‘death strip’ separating East Berlin from West is now an 800m-long wall of urban art where graffiti artists come to spray-paint new designs, while the adjacent park contains the city’s largest flea market selling all manner of East German kitsch (I found and purchased a pair of retro spectacle frames for a few euros); plus an amphitheatre that has become home to the weekly ‘Bearpit Karaoke’ spectacle – the most courageous of public performers singing to the spectating masses. Next time I promise to man up and put my name down to sing ‘Wind of Change’ by the Scorpions…

Afterwards I seek out another famous local institution to keep the good vibes rolling. Pratergarten on Kastanienallee is a seasonal self-service beer garden with 600 seats under the cover of chestnut trees, purveying locally brewed beers and an outdoor ambience that is very Berlin. I can only imagine what the place is like in high summer. For my farewell dinner I find this hidden gem of a restaurant at the boutique hotel Provocateur, off Kurfürstendamm shopping street in the Charlottenburg district. Its interior blends 1920s Paris with the urban Berlin of today, with plush velvet curtains, towering palm plants, soft lighting and a sophisticated colour scheme of reds and blacks. There is also an open kitchen, whose innovative French-Chinese culinary creations ensure the restaurant is regularly packed at weekends (the name Golden Phoenix a tribute to the classic Chinese restaurants of the 1970s and 80s).

I feel gratified to have secured a table here (for one!) at which I enjoy a shrimp wonton starter, a tenderloin with foie gras main, and a crispy banana fritter dessert, accompanied by a zesty whisky-based concoction from the adjoining cocktail bar. Soundtracked throughout by ambient electronica background music, the urbane dining experience here is a fitting one to conclude my Berlin visit, and has me already plotting my return by the time I’ve grabbed my coat. 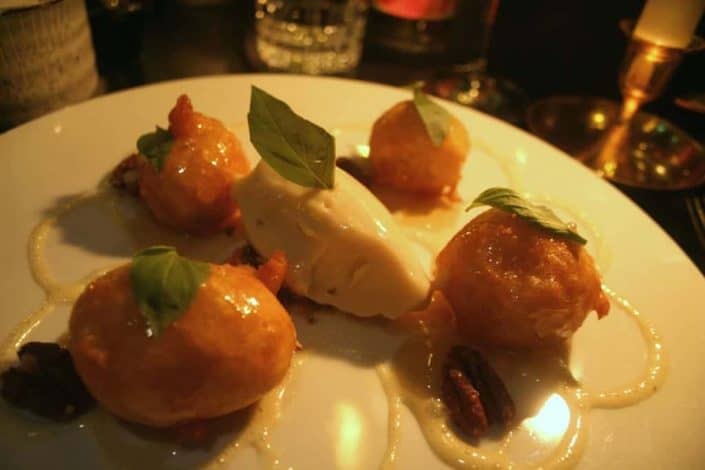