Facebook is planning on limiting the amount of political content in people’s News Feeds after testing the changes in the US, Canada, Indonesia, and Brazil.

by BANG Showbiz
in Technology The social media giant has been testing changes to its algorithm in the US, Canada, Indonesia, and Brazil over the last few months, and has now announced it is ready to expand the update to more countries.

According to the site, the change will put “less emphasis” on political content when it comes to pushing news stories to people’s feeds in a bid to slow the rate of misinformation on the platform.

“At the same time, we’re putting more emphasis on new signals such as how likely people are to provide us with negative feedback on posts about political topics and current events when we rank those types of posts in their News Feed.”

However, the social media site is receiving backlash for reducing political content, even though they also received criticism for the previous system too.

Charlie Angus, a member of the Canadian House of Commons, believes the change will “throttle political conversation” on the platform, while some journalists are concerned about what the update will mean for their content.

Journalism scholar Valérie Bélair-Gagnon tweeted: “Yet another example of how platforms regulate/affect journalism with Facebook moves to lower News Feed’s political volume (and could reduce traffic to some news publishers, companies that post lots of political content). (sic)” 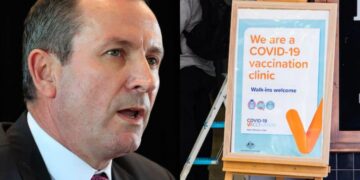 Western Australia Premier Mark McGowan has shared that there’s no need for Covid restrictions as the winter season approaches. 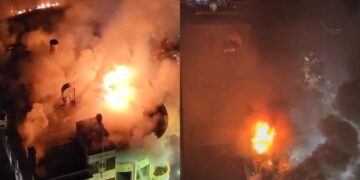 The Goldfingers building which was formerly known as a strip club has exploded in the early hours of Tuesday morning...