The Aussie cricketing faithful starting to believe that it could indeed be their year.

by AFP
in Sport 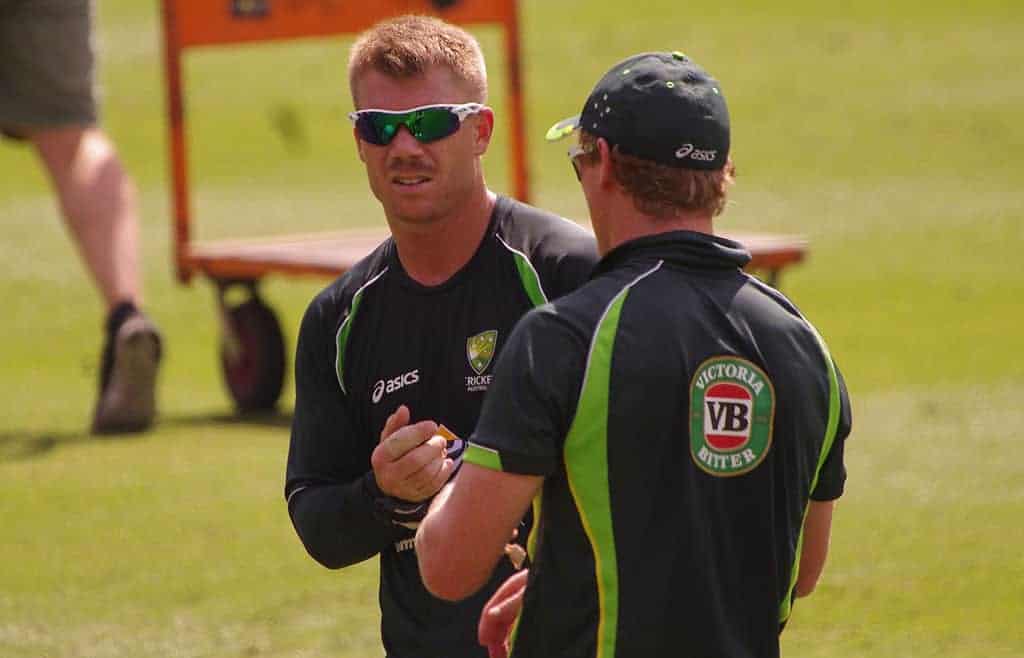 Photo by Naparazzi / CC BY-SA 2.0 Caption: Batsman David Warner is well and truly back in the frame for Australia.

Australia’s recent 64-run victory over England in the group stages of the 2019 Cricket World Cup has sent shockwaves Down Under, with the Aussie faithful starting to believe that it could be their year. A century from Australian skipper, Aaron Finch provided the springboard for a competitive score of 285/7 on a difficult, damp track at Lord’s. Despite the best efforts of Ben Stokes, who bludgeoned an impressive 89 while battling a cramp, England fell well short to leave their World Cup semi-final hopes up in the air and secure instant qualification for Australia.

So many of the Aussie sportsbooks offer promotions to try and whip up the nation into a frenzy over Cricket Australia’s attempts to go full circle and repay the Aussie fans for the team’s indiscretions some 12–18 months ago. David Warner and Steve Smith were roundly booed by the usual non-partisan Lord’s crowd, highlighting that the pair still have some way to go to regain the respect of the cricketing world after ball-tampering.

The Rebirth of David Warner is Australia’s Gain

However, you can attribute much of Australia’s resurgence in the one-day format to the return to form of David Warner. Prior to the England match, Warner had scored an impressive 447 runs in six 2019 Cricket World Cup innings, averaging almost 90 per match. It’s been a real statement of intent from the 32-year-old, who is quite desperate to let his batting do all the talking after months of interviews and press conferences and generally being in the media spotlight.

In fact, during Australia’s innings against their arch-rivals England, partners Warner and Finch became the first opening batsmen in the history of the World Cup to register five half-century partnerships back-to-back. It’s underlined the renewed stability the Aussies have at the top of the batting order, putting on 123 for the first wicket despite tricky batting conditions in northwest London.

Warner was at his most destructive best in Australia’s emphatic victory over Bangladesh, too. Although he admitted post-game that he felt stifled at the start of his innings, fans applauded his ability to remove the shackles of the Bangladesh bowlers and stroll to an impressive 166 runs as did cricketing pundits across the globe. It was Warner’s 16th one-day international century, equalling the amount scored by iconic Australian wicket-keeper/batsman Adam Gilchrist. Few would bet against Warner overtaking Gilchrist before the 2019 Cricket World Cup is out.

Warner Has Learned How to Measure an Inning

There appears to be a renewed maturity to Warner’s game at present. Although he’s renowned as a quick scorer, Warner admitted after the Bangladesh game that he knew the importance of ‘respecting the new ball’, adapting to the conditions and waiting until scoring was easier on the wicket. Too often in the past, Warner’s gung-ho approach has left the Australian middle order exposed early on, but his desire to make up for the 12 months he spent on the sidelines has encouraged his game to evolve.

Former three-time World Cup-winning Australian Ricky Ponting has weighed in on the debate about Warner and his teammate Steve Smith, insisting that the events of ‘Sandpapergate’ in March 2018 will take time for the cricketing community to forget. However, Ponting does believe that Warner and Smith have done the right thing about atoning for their misdemeanours by being ‘ready to play bloody well’ in England this summer. Ponting said that the pair ‘are not proud of what’s happened’, but they have ‘served their penalty’ and have tried their best to put the pride back into Australian cricket. One thing’s for sure: If Warner can continue to average almost 90 in the rest of this tournament, the Aussies will be in great shape to compete for the trophy.

A Nod to Australia’s Much-Derided Bowlers

It’s critical not to forget the form of Australia’s bowling attack, too. Prior to the 2019 Cricket World Cup this summer, many pundits believed that their bowlers were the weak link in the team and lacked the pace and versatility to threaten the big hitters. Nevertheless, the outstanding line and length bowling from Pat Cummins and the unorthodox nature of Marcus Stoinis, who took the crucial wicket of England star Jos Buttler in their recent win, have ably assisted the power and pace of Mitchell Starc. Even spinner Nathan Lyon has stepped up to the plate in his first-ever World Cup, bringing poise and control in the middle overs.

With England potentially out of the semi-final equation, Australia will bid to top the group and play the lucky fourth-placed side, which could be Bangladesh or Sri Lanka if they can find some form in their remaining two and three games, respectively. Whoever they face, you can be sure that Warner will take guard and face up to the challenge ahead.